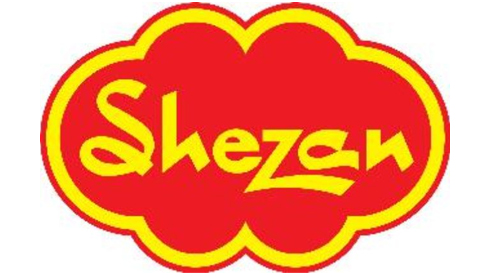 What is it about a Shezan juice box that makes it so infectious?

A team of lawyers will raid canteens to cleanse Lahore’s courts of a juice drink produced by a company that is owned partly by members of the marginalised Ahmadiyya community. Lahore Bar Association banned Shezan juice in a unanimous vote this week. The bar’s president – who was elected in January with the backing of Tehreek-e-Insaaf’s Hamid Khan and drew public ire over videos that show him celebrating his success with a distasteful Mujra performance on a vulgar Bollywood song Sheila ki Jawani – said stern action would be taken against retailers who are caught selling the product. There is more to this decision than just the economics. The usual soft-drink alternatives to Shezan are popularly believed to be owned by conspiring Jews. But they were not banned. What is it about a Shezan juice box that makes it so infectious that so many of us are concerned it will disrupt our social order and must be banned?

“O the drinker (sic) of Shezan! Do not invite God’s wrath upon you by drinking Shezan,” says a popular poster that calls for a boycott of the Mango juice drink. “Do not take this obnoxious drink of the apostates lest you suffer from any disease and you lose the pleasures of life.”

“I feel like a leper,” an Ahmadi remarked. “I forbid you to ever enter churches, or go into a market, or a mill, or a bakehouse, or into any assemblies of people,” a priest would tell lepers in ritual ceremonies of seclusion in the 12th and 13th century in Europe. Leprosy was seen as an infection associated with sin. “Also, I forbid you to ever wash your hands or even any of your belongings in spring or stream of water of any kind.” In his book Discipline and Punish, Michel Foucault compares medieval Europe’s response to plague with that to leprosy. The response to leprosy was separation, but that to the plague was segmentation. Leprosy was a visible disorder that could be removed. Plague was invisible. The boundary between order and disorder was blurred, and therefore, every individual needed to be observed. Ahmadis in Pakistan have been treated as both lepers and plague victims. A traditional physician accused of being an Ahmadi was expelled from Haripur district in November. Apparently, the police agreed to the arrangement to avoid violence.

But in Rawalpindi earlier this month, religious groups including those who are not allowed to operate under Pakistani law organised a protest against Ahmadis to pressure the government to stop them from worshipping because they said it was a violation of Pakistani law. The Pakistani state has predominantly taken the second approach. Ahmadis look and act like other Muslims and have similar names, and that is what makes most religious leaders uncomfortable. The state responded by making laws that prohibit the minority sect from acting like Muslims, and ensured all Ahmadis are clearly marked as Ahmadis in a state database of citizens, and even on their passports. Pakistan is the land of the pure, and will stay that way as long as any impurities it contains are clearly marked. That way they don’t slip into the mainstream and infect the entire society. Terrorist groups in Pakistan kill more Shia and Barelvi Muslims than Christians. It looks like their concerns are less religious and more related to modern notions of nationhood, census and taxonomy. “The first conspiracy was hatched against Pakistan when Sir Zafarullah Khan was made foreign minister,” popular leader Nawaz Sharif’s son-in-law told a meeting of his party in Lala Musa last week.

Like the mythical Greek king Oedipus, a scapegoat is usually a stranger. And that is why he is as likely to be idolised and made into a hero as he is vulnerable to being seen as an impurity that is the root of all problems in the community.
Sir Zafarullah was once considered a founding father and hailed for fighting Pakistan’s case for Kashmir in the UN that led to the resolutions conservative Pakistanis want the country to stick to. He had also favoured the Objectives Resolution – a statement of purpose that made Pakistan an Islamic democracy. He did not know the document would eventually become the most powerful legal justification for laws against his own faith. There had been signs. If Sir Zafarullah Khan’s appointment was a conspiracy against Pakistan, it was hatched by our founder, Muhammad Ali Jinnah. At least some religious leaders who opposed Quaid-e-Azam and later became part of anti-Ahmadiyya agitations were certainly looking at things that way. – PT