We are all under Tel Aviv’s feet

by ToP
in Opinion
7 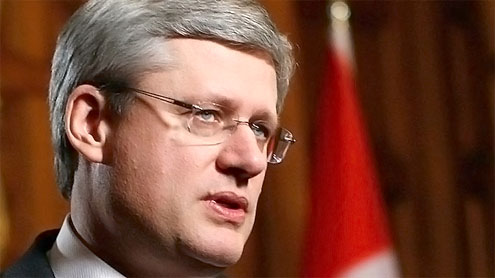 RIYADH: Many countries have benefited from fighting extremism and terrorism, and several of these countries claim to have arrested terrorist cells.

Interestingly, some governments were instrumental in certain explosions to create the impression among people that were it not for their government’s intolerance of foreign immigrations, people’s lives would have been less safe.Such acts appear only in the run-up to elections, when incumbent presidents or prime ministers seek re-election. Here, Islam and Muslims help right-wing parties express their political extremism, justify their support for Israel and further complicate the bureaucratic procedure of granting visas.

A Saudi citizen expressed his dissatisfaction with the bureaucratic procedures applied by the Canadian Embassy, dubbing them “political procedures” and a “reflection of Canadian Prime Minister Stephen Harper’s positions.” On behalf of a number of Saudi citizens and residents in the Kingdom, he sent an e-mail to Stephen Harper accusing the Canadian Embassy of not allowing them into the embassy to get the visa application for study or tourism in Canada. He added that the applications were turned down every time, as officials demanded additional papers. He claimed they had submitted all necessary documents.

To show the seriousness of this case, they were told to buy tickets and book hotels in Canada in advance, yet when the embassy denied them the visa they endured high cancellation costs. In addition to the visa fees for each family member, they also lost a high percentage of the fees paid for colleges in Canada to get admission letters. Sometimes, it takes from 30 to 50 days to get an answer.In his e-mail, the Saudi citizen complained that the Canadian Embassy in Riyadh did not answer the phone. Instead, they operate an answering machine that leads nowhere.

This letter summarizes what has been going on at Canadian embassies in Riyadh and other Gulf capitals — a matter that confirms the existence of a problem. The problem could be in the diplomatic missions, in the applicants themselves, in the lack of coordination between the ministries of foreign affairs, or in the policies of Canadian Prime Minister Stephen Harper himself, as he exhibits a condescending attitude and political extremism.

For some time, I thought of Canada as an epitome of an open and tolerant country. While this is true, Stephen Harper’s policy has hurt Canada’s interest in relations with the Arab and Muslim world. One wonders how this could happen in a country based on investment and institutions rather than individuals. How can the Canadian policy be a reflection of this? It is worth saying here that Canadians do not criticize “Islamic extremism,” but the prime minister — who has made himself a defender of Israel — does.

Stephen Harper gave an interview to Canadian broadcaster CTV, and the website of Israeli Channel Seven quoted some of the interview’s excerpts. In it, Stephen Harper said he was pessimistic of what had been taking place in the wake of the Egyptian revolution and the impact of this on the security of Israel. He said that there were two forces in Egypt: those who seek democracy and those who seek power.

He added that the power of the last category would be worse than that of Mubarak. Elections were considered a positive development, he said, but at the same time there was a kind of persecution of the Coptic minority. Harper mentioned that he had discussed the situation concerning Israel with the Israeli prime minister. He emphasized that peace between Israel and Egypt had great benefits for both countries.

Harper referred to “Islamic terrorism” as the biggest threat to the security of his country. For this reason, his government has the intention to revive the anti-corruption laws that have been frozen since 2007. He told Canadian broadcaster CBS that Canada was safer now than in the wake of the 9/11 attacks, but that the biggest threat remained Islamic terrorism. He also referred to homegrown terrorism, and that Canada should keep an eye on this kind of terrorism.

Despite the fact that the ruling right-wing party led by Stephen Harper is part of the political system in Canada, its dominant presence is closer to third world politics. It seems that Harper is nostalgic to laws that were deactivated in 2007. Therefore, he uses Islamic extremism as a pretext for his domestic problems.

In an article entitled “We all under Israel’s feet,” George Karam analyses the phenomenon of the Canadian prime minister. He says that Harper is working to issue new laws that equate any criticism of Israel to anti-Semitism, a crime that is subject to punishment. Harper’s pro-Israeli slant is so obvious that it surpasses that of the United States and Western countries. Also, he supports Israel more than any previous Canadian prime minister ever did.
This pro-Israel slant has confused observers as to the real reason behind this position. His keen defense of Israel has cost Canada dearly. Harper sacrificed a seat in the UN Security Council due to his bias toward Israel. He once said that losing a seat in the Security Council did not matter and that he would continue defending Israel as long as he maintained his position as prime minister.

Leslie Anne from Globe and Mail newspaper tried to analyze this phenomenon, but to no avail. She found that his position clearly hurts his political interests. In fact, the number of Arab voters is much higher than that of Jewish voters. The candidates of the Conservative Party led by Harper himself lost elections in Jewish neighborhoods in Montreal, despite the relentless defense of Israel.

The problem is not only with Harper’s ongoing criticism of Islam or his failure to think of balanced relations with the Muslim and Arab world, but his country seems weak and a hostage to Israel. Harper, in his capacity as prime minister, gave priority to the relations with Israel at the expense of the Arabs and Muslims.

The Organization of Islamic Cooperation (OIC) condemned Harper’s accusations and fabrications on Islam. The OIC secretary-general’s spokesperson said in a press release that such misleading statements made by a prime minister of a sovereign state could create confusion. He added that such statements could only lead to more mutual misunderstanding and mistrust between the West and the Muslim world and could impede the efforts of the international community to fight extremism and hatred among all faiths and cultures.

In his speech at the most recent world economic forum in Davos, Switzerland, Harper said that his government was about to introduce some changes in immigration laws, improve elders’ salaries, and changes in scientific research with the purpose of making Canada more competitive. Yet, this is easier said than done. The question is how Canada can do that in a more integrated world, while he still views an important component of this universe through the Israeli prism. – Arabnews