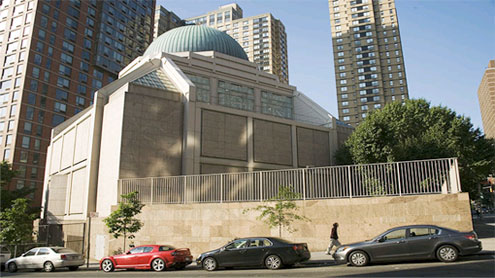 Islam has become an important part of American discourse leading up to the 2012 federal elections and candidates everywhere appear eager to take a position on Islam for political gain.

Across the country, rising Islamophobia has made it difficult for some Muslims to build mosques and practice their faith, although their right to do so is enshrined in the First Amendment of the US Constitution.In the current race for the presidential nomination, some presidential candidates are invoking Islam and Muslims in a negative fashion in an attempt to bolster their popularity with populations they perceive to be suspicious of Muslims or Islam. For example, if elected, former presidential candidate Herman Cain promised not to appoint Muslims to his cabinet.

This is representative of recent trends. In 2010, some Republican Congressional candidates used the proposed Park 51 Muslim community centre, famously branded as the “ground-zero mosque”, and fear of Shariah, to rally voters to their cause. And elected Congressional leaders, such as Peter King (R-NY), have used their committee appointments to argue that American Muslims are deeply radicalised, a fact repeatedly debunked by several surveys and reports.

However, there are others within the Republican Party who eschew this rhetoric, such as presidential candidates Mitt Romney and Ron Paul, as well as others like Governor Chris Christie of New Jersey, who appointed American Muslim Sohail Mohammed as a state judge despite much opposition.Individual tolerance or fear of different groups is not confined to political elites. A September 2011 study conducted by two think tanks, Brookings Institution and Public Religion Research Institute, found that over 47 per cent of Americans say Islam and American values are incompatible and similar numbers express discomfort with Islam in America.

Many events have combined to create distaste for Islam and Muslims in the minds of some Americans: the attacks of 11 September 2001, the resultant decade long “war on terror” involving American military action in Iraq and Afghanistan, several attempted terrorist attacks by Muslims in America and negative coverage of political and social events in the Muslim world. The present manifestations of Islamophobia are the consequences of a very complex sequence of events and narratives emerging as a result of those events.

Yet rather than resorting to Muslim-bashing, American leaders should show their potential to lead by taking on the more difficult task of combating intolerance. After all, this country was founded on the ideals of religious tolerance, pluralism and democratic freedom.It is not difficult to make the case that American Muslims are well integrated and a positive asset to the nation. A major study published by the research and polling organisation Gallup in August 2011 shows that American Muslims are well-integrated and loyal citizens. Indeed, it also shows that Islamophobia is not impacting the economic well-being of most American Muslims.

I understand why some 2012 presidential candidates are succumbing to the temptation of exploiting intolerance since negative attitudes towards Islam among Republicans are higher than the national trend, according to the September 2011 Brookings poll. But this is also an opportunity for these candidates to demonstrate that they are truly presidential, that they understand the spirit of the US Constitution and that they are determined to uphold it in spite of what campaign strategists might recommend.

The conservative ranks are packed with sensible leaders, such as Governor Christie and evangelical Christian pastor Rick Warren, who have successfully reached out to American Muslims. Warren, who leads a large church in southern California, spoke at The Islamic Society of North America’s annual conference in July 2011, despite receiving criticism for his appearance.

At the conference, Warren called for Muslims and Christians to work together.Republican candidates should draw on these leaders and their expertise. By showing presidential leadership in combating intolerance the result would ultimately be good for these candidates’ campaigns, as well as for the general inter-religious environment in the country. – Khaleejnews