What to do about Syria? 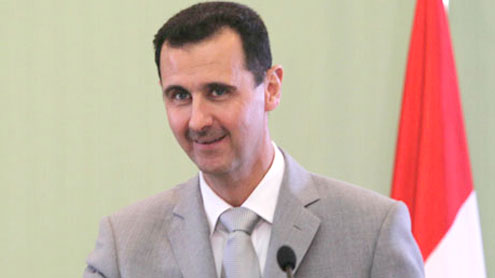 Since pro-democracy demonstrations began in Syria more than 10 months ago, the European Union has ratcheted up the pressure on President Bashar Al Assad’s regime.

It has imposed sanctions on Syrian oil companies. It has frozen the assets of several top officials. It has prohibited EU businesses from trading in Syrian state debt.It has also banned Syria from having its own banks operate in EU countries or investing in European banks. This week, EU foreign ministers agreed to place travel and other restrictions on 22 more individuals and eight more companies.But still the fighting continues. According to the United Nations, more than 5,000 people have been killed since the demonstrations began last March. Nearly 20,000 have fled to neighbouring Turkey.

Secretary General Ban Ki-moon of the United Nations said last week that the situation in Syria had “reached an unacceptable point.”But what else can be done?“The problem is that for all the measures by the Europeans, they have not forced the Syrian regime to take a different position,” said Rime Allaf, a Middle East specialist at the London-based research organisation Chatham House.Faced with a similar situation in Libya last year, Britain, France and some other European countries opted for military intervention. With the help of the United States, they enforced a no-flight zone and bombed the regime’s troops, which precipitated the downfall of Col. Muammar el-Gaddafi.

This month, the Free Syrian Army, a group of army defectors trying to topple Assad, also asked the UN Security Council to intervene, but to no avail. But neither Ban nor any European leader has spoken out in support of military action to stop the killing.There are several reasons for that. Russia, a longtime supporter of the Assad regime, and China – both permanent members of the Security Council – would veto any such move. Neither wants a NATO-style intervention in Syria.

Nor has the United States any appetite for another military mission. Without US support, the European Union and NATO can do nothing militarily. In the region, only Qatar, a member of the Arab League, has called for military action.As it is, the Arab League is divided over Syria, and it has no experience of intervention. The idea of Arab fighting Arab could have untold consequences for the region, according to analysts. They point to the rise of sectarianism in Iraq as a catastrophic example.

Moreover, the Arab League has lost much of its credibility after its monitoring mission in Syria failed to persuade the regime to abide by the League’s peace proposal, which Damascus initially accepted. That plan envisaged the withdrawal of tanks and troops from towns and cities, the release of protesters, access to the news media and the beginning of talks between Assad and the opposition.But even though the Europeans have excluded the option of military action, there are measures they could take. Apart from applying more sanctions, they could step up humanitarian and intelligence assistance for the Syrian opposition, along the lines of Europe’s help last year for the Libyan rebels.

Ankara, however, is concerned that an intervention would bring in even more refugees. It could also encourage the Kurds in Syria to seek more autonomy.The NATO mission in Libya was complicated enough; it is still far from certain that after the military intervention and the downfall of Colonel Gaddafi, the country will manage to return to stability. Syria is a far more intractable case.“When it comes to Syria, the Europeans are not being consistent, but they are trying to do as much as they can without a military intervention,” said Allaf of Chatham House. But she has few illusions that that will be enough.