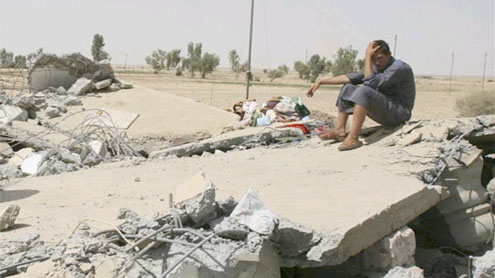 The whispers in Washington are growing louder: Divorce is inevitable, maybe even imminent. The always difficult “strategic partnership” between the United States and Pakistan has become even more acrimonious in the wake of the November 26 US airstrike that killed more than two dozen Pakistani soldiers in Pakistani territory.

Tempers on both sides are frayed to the breaking point. Opinion polls in Pakistan reveal that support for the US does not reach double digits. Pakistan’s supercharged media clamours for a full rupture in relations. In Washington, the chairman of the Joint Chiefs of Staff  —  the nation’s senior-most military officer  —  has called relations “a mess.” For the first time in memory, serious people are talking about “containing” Pakistan, although what that means is not at all apparent.Yet, writing Pakistan out of the US foreign policy script is not an option. Pakistan will soon have the fifth largest population in the world. It already has the seventh largest army. It’s close to overtaking the United Kingdom as the fifth largest nuclear power.

The crisis touched off by the errant NATO airstrike follows on the heels of a series of mishaps that made 2011 a rotten year for US-Pakistan relations. In January a CIA contractor shot two Pakistanis who, he claimed, were trying to rob him. In May, US Special Forces swept into Abbottabad and killed Osama bin Laden; the discovery that the world’s most wanted terrorist had been living for many years in plain sight in a Pakistani garrison town resurrected doubts whether the countries shared a common counterterrorism agenda. Other crises followed in quick succession  —  the suspension of US military assistance; an assault on the US embassy in Kabul, purportedly by a Pakistan-based group; a widely publicised story alleging US collusion in a scheme to prevent a military coup in Islamabad; and mounting fury in Pakistan at US drone strikes, anger amplified by Pakistan’s inability to stop the attacks.

Collapsing ties with its most powerful backer, however, is not Pakistan’s biggest problem. The country, already a fragile state, faces a host of internal stresses: an economy approaching free fall, escalating conflict between military and civilian authorities, an education system that fails to educate, a deeply flawed judicial system, a political class that’s uncaring and unresponsive, a huge youth bulge about to engulf Pakistan’s cities. This looming tsunami of economic, political and social challenges is poised to test the assumption that the country always muddles through.

Pakistan, not yet a failed state, is rapidly failing. Meanwhile, wearied of one foreign problem after another, faced with economic distress, a stubborn jobless rate that refuses to come down and a profusion of needs at home, many Americans understandably ask why they should care, let alone shoulder the burdens of a country whose policies seem at such odds with US purposes.

US differences with Pakistan are serious. The fundamental strategic imperatives of the two countries are at odds, most notably in Afghanistan.Recognising the value of a productive partnership with Pakistan, Congress approved the Kerry-Lugar-Berman (KLB) Act in 2009, committing the US to providing Pakistan with $1.5 billion in economic assistance in each of the next five years.

A report recently released by the Woodrow Wilson Center concludes that a robust programme of US civilian assistance to Pakistan serves vital American interests. It warns that substantial mid-course corrections are required if KLB is to fulfill the hopes of its proponents. It urges Congress not to confuse security aid to the Pakistani military with economic assistance designed to shore up civilian government; address food, health and energy shortfalls in Pakistan; and lay the groundwork for a successful Pakistan and a long-term US-Pakistani partnership.

But Washington must also reform the way it delivers aid by recruiting more seasoned technical experts, extending the Pakistan tours of US aid officials, and bringing local civil society organisations and prospective beneficiaries more fully into the design, implementation and evaluation of aid projects.

As tempting as it might be, the US cannot simply walk away from Pakistan. The Congress and the administration should live up to their pledges to provide Pakistan with $1.5 billion a year in economic assistance through 2014. Members of Congress should not penalise Pakistan’s struggling civilian sector because of their anger at Pakistan’s military. They should resist the urge to lump new conditions pertaining either to security or economic reform on the US civilian-aid programme. And they should repair and reenergise the manner in which the US delivers civilian aid to Pakistan. Doing so will not be inexpensive, but failing to act could be infinitely more costly. – Kahleejnews