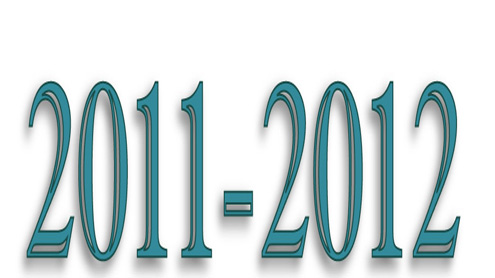 LONDON (Reuters) – It all began with a slap and a slur hurled at a poor vegetable seller by a policewoman in a provincial Tunisian city. Mohamed Bouazizi set himself alight in a protest that ignited a chain of fires across the Arab world. Twelve months after his death, he would scarcely recognize the region he knew.

From the Atlantic coast to the shores of the Gulf, popular uprisings against entrenched autocrats swept the region, unleashing long pent-up yearning for change in a world that democracy had passed by.The balance sheet so far seemed inconceivable as 2011 got under way: four dictators gone, in Tunisia, Egypt, Libya and Yemen; another under siege in Syria; and nearly every other Arab leader feeling tremors under his throne.A new Middle East order is messily beginning to emerge, captured dramatically in images scarcely imaginable a year ago.

The revolutions have emboldened people across the region, impelled by a melange of sectarian, religious, ethnic, political and economic grievances but united in their demand for dignity, to rise up against decades of repression by autocratic leaders.Ironically, the Arab despots unseated in Tunisia, Egypt, Libya and Yemen are being replaced through the ballot box by Islamists they sought throughout their rule to crush.The darker side to this still unfolding tale is the way historically-embedded sectarian hostilities — ostensibly suppressed by decades of pan-Arab nationalist ideology — were and are being stoked, leaving swathes of the region polarized between Sunni and Shi’ite Muslims.

The violent re-emergence of these centuries-old divisions began in Iraq with the toppling of Saddam Hussein, a Sunni Muslim, and the rise to power of a new Shi’ite ruling elite, unleashing sectarian carnage inside the country and a Sunni-Shi’ite struggle for power across the region, with Saudi Arabia facing off against non-Arab Shi’ite Iran.”Some of the older narratives are and will reassert themselves in the region whether in Bahrain or Iraq now. We will see, particularly around the Gulf, Lebanon, the Sunni-Shi’ite schism arise again,” said Salman Shaikh of the Brookings Institute in Doha.

ASSAD’S YEAR
With 2011 dubbed “The Year of the Tyrants,” observers predict that 2012 will be Syrian President Bashar al-Assad’s final year in power while warning of the bloody cost and regional ramifications his demise might cause.“In Syria, the protesters are not going to back down. They have gone too far. And whatever Assad is suggesting in terms of unity government, reforms…, no one is paying any attention to it,” Shaikh said.

Syrian experts doubt that the international community will intervene militarily at this stage in Syria, waiting instead for a bloodbath with spillover effects into politically sensitive neighboring countries – Israel, Lebanon, Turkey, Iraq and Jordan — that might justify a U.N. mandate for military action.In the meantime, Syrians themselves appear desperate and divided in their belief whether Assad, defying nine months of a nationwide uprising, will step down or be forced out next year.”I wish I could stop everything and go back to before the revolution. We are tired of the dead on the two sides and everyone knows that Assad will not step down unless by force or foreign interference and this is not what we want,” said Natasha, a government employee at the Ministry of Agriculture.

While the outcome in Syria hangs in the balance, the mood in those countries where dictators have already been overthrown is mixed. Popular euphoria and joy at their leaders’ departure has given way to frustration, grievance and fear.While Tunisia seem to be passing through a relatively smooth transition after a peaceful election, the revolutions in Egypt and Yemen are still raging, while Libya is still working out how to share power in a complex tribal structure that has taken on menacing shape as a result of the war against Muammar Gaddafi.

Most startling of all is the way the young protesters who drove these rebellions have seen the far more organized Islamist parties reap the fruits of revolt at the polls.The moderate Islamist Ennahda party came out on top in Tunisia. But the Egyptian election result, where the mainstream Muslim Brotherhood is leading the polls but hardline Salafi fundamentalists are picking up about a quarter of the vote, has sent shock waves across the region.”Egypt is deeply worrying and can spiral out of control,” said Shaikh, referring to violent protests against the army which has stalled in handing over power to civilian control despite the ousting of Mubarak.Mirroring the grievances of many young Egyptians, Mohammad Abdel Halim, 21, said he was happy to see his peers overthrow one of the most ruthless dictators of the Arab world in only 18 days but expressed deep concern about the rising violence and instability. He said the revolution has replaced his frustration with Mubarak with worries about his future in Egypt.

“The horror the majority of Egyptians face every day is having to deal with one question that does not escape their minds. What will happen to us now?” said Halim, who was forced to close his accessories shop near Tahrir square, the scene of recurrent violence, and complains of sleepless nights worrying whether his business will still be there.

While Syria and Egypt — not to mention a poverty-stricken Yemen gripped by factional struggle — are new causes of worry, other unresolved problems are re-emerging with a vengeance.The moment American troops this month folded their flag and rolled their tanks off Iraqi soil, a new and sinister round of sectarian feud and violence broke out, pitting Shi’ites against Sunni rivals, raising the specter of a relapse into civil war and disintegration of Iraq.Geographically the country is splitting up into sectarian and ethnic fiefdoms, with the Kurds already consolidating their autonomy in the north, the Shi’ites dominant across the south and entrenched in Baghdad, with the Sunnis exploring whether to set up their own autonomous region in the centre and west.

Iraq’s neighbors, jostling for influence as the U.S. withdraws, add to its volatility. The long fingers of Shi’ite Iran and Sunni powerhouse Saudi Arabia are scratching for influence in the deeply divided state, where majority Sunni Turkey has attempted to play a moderating role.Yet the Shi’ite-led government of Nuri al-Maliki has moved closer to Iran, perhaps in anticipation that the fall of Iran’s ally, Syria’s Assad, whose Alawite sect is a Shi’ite offshoot, could shift power to Syria’s Sunni majority on Iraq’s doorstep.Maliki, from the Shi’ite Islamist Da’wa Party, has sharply raised the temperature by trying to arrest Tareq al-Hashemi, his Sunni vice-president, who has fled to Kurdistan, prompting threats from Baghdad against its autonomous government.It is during such episodes of sectarian gridlock that Sunni jihadists habitually resume their bombings against government targets. They have already started with a string of bomb attacks that killed more than 63 people this week.

“Iraq is deeply worrying,” Shaikh said. “Iraq is soil that has been festering for some time. It’s the politics of the country that could break it apart. In fact, some of us do have real concerns that we could end up with another civil war with regional players again playing a role in that.”

While Iraq could become a front line once more in the regional contest between Saudi Arabia and Iran, the Saudi kingdom itself appears to have beaten back the first waves of dissidence lapping at its shores.For most young Saudis, the Arab Spring was instead experienced online, where the images of revolt were shared on Facebook and Twitter but failed to inspire a mass movement.As uprisings moved from North Africa to neighboring Yemen and Bahrain, King Abdullah reached into the kingdom’s deep pockets and produced an estimated $130 billion of social and housing benefits aimed at the sort of young, unemployed people who had led protests elsewhere.

Yet, the arrival of civic unrest in majority Shi’ite Bahrain was a shocking turn of events for Gulf Arab monarchies, who operate more as a club of intermarried Sunni ruling families.The Bahraini demonstrations started as a campaign for a more democratic and representative constitutional monarchy but the ruling Sunni Al Khalifa family and their Gulf allies alleged this was a plot by Iran-backed Bahrainis to set up a Shi’ite Islamist state.Fearful that the disturbances could seep into Saudi Arabia’s neighboring eastern province, which holds most of the kingdom’s oil and nearly all its minority Shi’ites, the Gulf Arab monarchies, egged on by Riyadh, sent tanks to quash weeks of unrest by the disgruntled Shi’ites of Bahrain.

Saeed Shehabi of the exiled Bahrain Freedom Movement said Western powers are still banking on the Al Khalifas weathering the storm through some reform, but he considered them incapable of doing enough to keep people quiet this time, and that the wounds opened by the repression of this uprising are deeper than those inflicted by previous bouts of unrest on the island.”If the regime implements fundamental reform, it could survive, but it needs to let people take part in government, hold real elections and make the (ruling) family a symbolic monarchy… The regime is not capable of this, and it is easier to bring it down than make it institute real reforms,” he said.

The Saudis have another headache on their southern borders in Yemen, already a failed state with strong Islamist influence, which has been the anomaly in the Arab Spring.It is far from clear whether anyone can control the country now that Ali Abdullah Saleh has ostensibly stood down after more than three decades juggling a dizzying array of competing interests in power.Abdul Ghani al-Iryani, a leading Yemeni analyst, said the success of the Yemen revolution will depend on the ability of the country’s rulers to draft a new social contract that would give a share to the country’s mosaic of tribes and factions.”If we do not allow each group to have their own share, then we can really mess it up,” he said, adding that the country, already facing a secessionist movement in the south, a Shi’ite rebellion in the north and a burgeoning al Qaeda presence, could splinter into semi autonomous regions run by local militias outside central government control.

Yet, across the region, revolutionary change is still at a very early stage. The forces shaping the new order are still feeling their way. But the formulas emerging are recognizably local.”We have a remarkable new model in the Arab world. People from different ends of the political spectrums of civil society, including secularist liberals, are forming coalitions with Islamists. That is something that continues to gain some strength, especially as we see Islamists come to the fore,” Shaikh said.”We have to look forward, especially if you accept that we are only in the very early stages of a change not only in one country but transformation essentially of an entire Middle East and North Africa region.”(Additional reporting by Oliver Holmes, Yasmine Saleh in Cairo, Erika Soloman in Beirut, Andrew Hammond and Joseph Logan in Dubai, Asma Alsharif in Jeddah; Editing by Mark Heinrich)

Time for govt to go: Nawaz

US $10m bounty for ‘al-Qaeda man’ based in Iran

US $10m bounty for 'al-Qaeda man' based in Iran