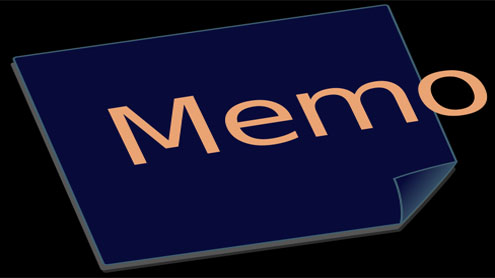 The recent hurricane caused in the political scenario of the country is by the memo gate; the conspiracy claimed to be coined by former Ambassador of Pakistan to US Hussain Haqqani and Mansoor Ejaz, the claimant who alleges to having delivered the memo to Admiral Mike Mullen.

The memo gives rise to various questions and if not probed timely, might result in further deterioration of the country in world politics. Let alone the world, the memo gives another reason to the citizens of the state to add to the already deteriorating image of the ruling political party PPP. The memo, which suggests American intervention over the military leadership of Pakistan to ensure and preserve civilian rule, is a preposterous sentiment which has its base in not preserving democracy in the country, but of self conservation.

The memo further negates the concept of democracy and sovereignty because it indulges in asking the US government to handpick the investigators required to form an independent team to probe into the matter of Osama Bin Laden being found on Pakistani soil.It goes without saying that the person behind the memo should be made to account for it. What is wrong with the document is plainly obvious, that need not be debated. What needs to be done is a valid point to be raised. The resignation of Hussain Haqqani as the ambassador to US is the first step. Let’s see which way the wind will blow; will the government hush up the event and fail to provide any substantial results just like the Osama Bin Laden Commission or will it look into the matter in all seriousness.

The memo, in all its entirety does nothing but speak ill of Pakistan and contribute more to deteriorating if not already failed image of Pakistan in the world. The defense force of any country contributes to maintaining and safeguarding the sovereignty of that country. Despite all the reservations against the army and the ISI, one shouldn’t forget that when push comes to shove, it’s the army and ISI that is responsible for the defense and protection of its citizens. The defense forces, instead of being planned to be controlled and proscribed, should be supported by the government and also by the people.

One more thing that the memo has instigated is the hype amongst the political rivalry and opposition to blame it all on the present government and demand a military coup. What they need to remember and acknowledge is that it is the democratic responsibility of every political party in Pakistan to not seek military help to overthrow or demolish their political rivals, as it completely negates the process of democracy that we have so ardently fought for.
So, yes, the memogate needs to be investigated and its findings and the people behind it need to be brought to justice, but all in a democratically correct manner. – Zainab Tariq