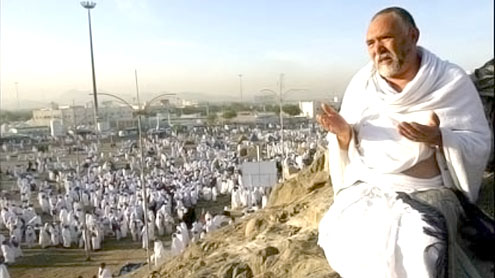 Hajj is a holy ritual that brings Muslims from all over the world together to perform the duties of Hajj which is the most sacred to Allah. The spirit of Hajj is incredible and the way people live during Hajj for the love of Allah is truly amazing.

Every year millions of people get together at Makkah to perform the rituals of Hajj. It brings together the entire Muslim community of the world. Cast or creed does not matter in Hajj everyone is just a Muslim and is there for the love of Allah. It is a holy ritual which Allah has endowed upon in his people to perform at least once in their lives if they can afford it. The spirit of Hajj is the sort of spirit which is not often witnessed. People gather from all over the world and do not care about anything but to perform the holy duty. They live together in whatever condition; they eat together and perform Hajj together.

What keeps the spirit of Hajj alive is the mesmerizing KhanaQaba and whoever sets eyes on it witnesses a feeling which he has never felt before. It’s the closest that you can get to Allah in this world and seeing it in front of you leaves you speechless and you want to pray all the time. The spirit of Hajj is with which people live under any given circumstances and experience a great amount of patience, kindness, humbleness and love of Allah. The spirit of Hajj is with which people keep on praying and performing the rituals without complaining about anything at all such as food, clothing or shelter. All they want to do is keep praying and loving Allah.

The spirit of Hajj is with which people give up on their precious garments and wear the Ihram which is just based on two pieces of linen. They learn about equality and justice since everyone is wearing the same clothes and do the same rituals. The spirit with which people do the QudoomTawaf with millions of people, walking and running between hillocks of Safa and Marwa, the night at mina which is one of the most difficult, standing together at Arafat, stoning of Satan and visiting of Madina is the spirit of Hajj. – Saiyna Bashir