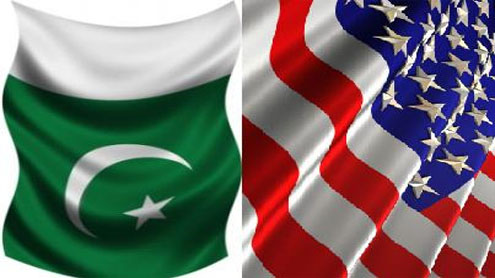 This article traces the history of Pak-US relationship since the beginning of 2011, what went wrong and how the US needs to cooperate more in order to reciprocate the feeling of mutual rust and understanding that we put in it as a sovereign state and a partner in the war on terror.

Tempers run high. Reason runs low. This has aptly been the one liner in which the current Pak-US situation can be fitted into. We jibber, they jibber more. We accuse, they accuse more. We hurl allegations, they hurl allegations more. In a nutshell, the Pak-Us relationship has constantly been on a topsy turvy ride since the advent of 2011 and things are far from settling down. The storm has been raging for too long for it to calm down now.

It has been a long journey of friendship and animosity mutually combined in a few bundles of charity money thrown our way. Whether it be the Kerry Lugar bill, or aid to the flood affected; the US has always played its cards while solely relying on the power of money. And what is worse is that every time the money card is played by the US, Pakistan falls under its trap. Money is what got Raymond Davis out of Pakistan, and money is what is keeping us from taking a stern stand against the US drone strikes on Pakistani soil, lest that they should stop the financial aid they so vehemently provide to Pakistan.

Ever since 9/11, US of A has been on our case that either we are with them or against them on war on terror. The answer to that question is pretty obvious; we have lost more soldiers and civilians to terrorist insurgencies than the death figure of 9/11. The figure itself shows where our allegiance lies. But the roles have reversed. Now the question is not whether we are with US or not, the question now is whether they consider us their equals or not? The never-ending drone strikes, the oh-so-public finger-pointing, and the adamant attitude of the US screams otherwise.

For a partnership to work both parties have to be equally understanding of each other’s sovereignty and autonomy, something that US simply chooses to overlook. What US fails to understand is that we are an independent nation and that it cannot choose to breach our sovereignty whenever it desires. Certain norms and standards have to be maintained in order for us to be steady and effective partners, and USA needs to take the first step for that. We have been with them through thick and thin, now is the time for them to show that they really are with us, and not against us. – Khaleejnews