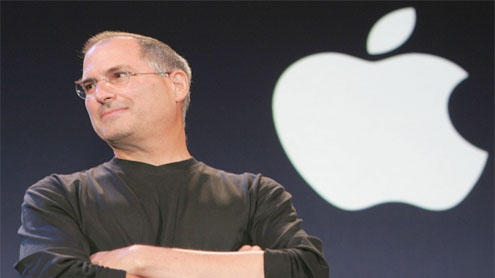 This essay is not about Steve Jobs. It is about the countless individuals with roughly the same combination of talents of whom we’ve never heard and never will.

Most of the 106 billion people who’ve ever lived are dead—around 94 per cent  of them. And most of those dead people were Asian—probably more than 60 per cent. And most of those dead Asians were dirt poor. Born into illiterate peasant families enslaved by subsistence agriculture under some or other form of hierarchical government, the Steves of the past never stood a chance.

Chances are, those other Steves didn’t make it into their 30s, never mind their mid-50s. An appalling number died in childhood, killed off by afflictions far easier to treat than pancreatic cancer. The ones who made it to adulthood didn’t have the option to drop out of college because they never went to college. Even the tiny number of Steves who had the good fortune to rise to the top of premodern societies wasted their entire lives doing calligraphy (which he briefly dabbled in at Reed College). Those who sought to innovate were more likely to be punished than rewarded.

Today, according to estimates by Credit Suisse, there is approximately $195 trillion of wealth in the world. Most of it was made quite recently, in the wake of those great political and economic revolutions of the late 18th century, which, for the first time in human history, put a real premium on innovation. And most of it is owned by Westerners—Europeans and inhabitants of the New World and Antipodes inhabited by their descendants. We may account for less than a fifth of humanity, but we Westerners still own two thirds of global wealth.

A nontrivial portion of that wealth ($6.7 billion) belonged to Steve Jobs and now belongs to his heirs. In that respect, Jobs personified the rising inequality that is one of the striking characteristics of his lifetime. Back in 1955 the top 1 per cent of Americans earned 9 per cent of income. Today the figure is above 14 per cent.

Yet there is no crowd of young people rampaging through Palo Alto threatening to “Occupy Silicon Valley.” The huge amounts of money made by Jobs and his fellow pioneers of personal computing are not resented the way the vampire squids of Wall Street are. On the contrary, Jobs is revered. One eminent hedge-fund manager (who probably holds a healthy slice of Apple stock as well as the full array of iGadgets) recently likened him to Leonardo da Vinci.

So the question is not, how do we produce more Steves? The normal process of human reproduction will ensure a steady supply of what Malcolm Gladwell has called “outliers.” The question should be, how do we ensure that the next Steve Jobs fulfills his potential?

An adopted child, the biological son of a Syrian Muslim immigrant, a college dropout, a hippie who briefly converted to Buddhism —Jobs was the type of guy no sane human resources department would have hired. I doubt that Apple itself would hire someone with his résumé at age 20. The only chance he ever had to become a chief executive officer was by founding his own company.