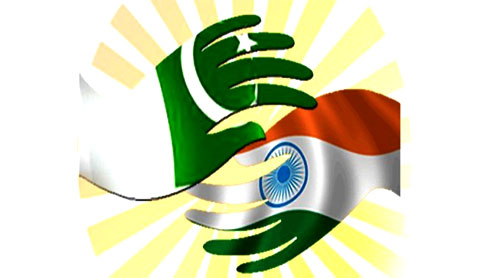 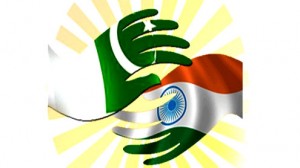 Memoirs of a British civil servant never seen in public until now show how much the partition of India was decided by just two men, the BBC’s Alastair Lawson reports.IN a quiet village in the northern English county of Yorkshire, Robert Beaumont rifles through his father’s archives. The various and somewhat tatty pieces of paper he unearths are no ordinary collection of paternal memoirs.They are the thoughts and reflections of his father, Christopher Beaumont, who played a central role in the partition of India in 1947, which resulted in arguably the largest mass migration of peoples the world has ever seen. After the death in 1989 of Mountbatten’s Private Secretary, Sir George Abell, Beaumont was probably not exaggerating when he claimed to be the only person left who “knew the truth about partition”.Bending the border: It is estimated that around 14.5 million people moved to Pakistan from India or travelled in the opposite direction from Pakistan to India. In 1947, Beaumont was private secretary to the senior British judge, Sir Cyril Radcliffe, who was chairman of the Indo-Pakistan Boundary Commission. Radcliffe was responsible for dividing the vast territories of British India into India and Pakistan, separating 400 million people along religious lines.

The family documents show that Beaumont had a stark assessment of the role played by Britain in the last days of the Raj. “The viceroy, Mountbatten, must take the blame – though not the sole blame – for the massacres in the Punjab in which between 500,000 to a million men, women and children perished,” he writes. “The handover of power was done too quickly.” The central theme ever present in Beaumont’s historic paperwork is that Mountbatten not only bent the rules when it came to partition – he also bent the border in India’s favour.The documents repeatedly allege that Mountbatten put pressure on Radcliffe to alter the boundary in India’s favour. On one occasion, he complains that he was “deftly excluded” from a lunch between the pair in which a substantial tract of Muslim-majority territory – which should have gone to Pakistan – was instead ceded to India. Beaumont’s papers say that the incident brought “grave discredit on both men”.Punjab ‘disaster’: But Beaumont – who later in life was a circuit judge in the UK – is most scathing about how partition affected the Punjab, which was split between India and Pakistan.

“The Punjab partition was a disaster,” he writes. “Geography, canals, railways and roads all argued against dismemberment. “The trouble was that Muslims, Hindus and Sikhs were an integrated population so that it was impossible to make a frontier without widespread dislocation. “Thousands of people died or were uprooted from their homes in what was in effect a civil war. “By the end of 1947 there were virtually no Hindus or Sikhs living in west Punjab – now part of Pakistan – and no Muslims in the Indian east.“The British government and Mountbatten must bear a large part of the blame for this tragedy.”Personality clash: Beaumont goes on to argue that it was “irresponsible” of Lord Mountbatten to insist that Beaumont complete the boundary within a six-week deadline – despite his protests.

On Kashmir, Beaumont argues that it would have been “far more sensible” to have made the flash-point territory a separate country. According to Beaumont, the “formidably intelligent” Radcliffe “did not get on well” with Mountbatten. “They could not have been more different,” he writes.“Mountbatten was very good-looking and had a well-deserved history of personal bravery but, to put it mildly, he had few literary tastes. “Radcliffe… was very quietly civilised. It was a relationship so like chalk and cheese that Lady Mountbatten had to use all her adroitness to keep conversation between them on an even keel.”Beaumont died in 2002 – his son Robert remembers him with great affection. “He was also a man of supreme honesty, who spoke out on numerous occasions against the official British version of events surrounding partition without in any way being disloyal to his country,” Robert Beaumont recalls. – Dailytimes