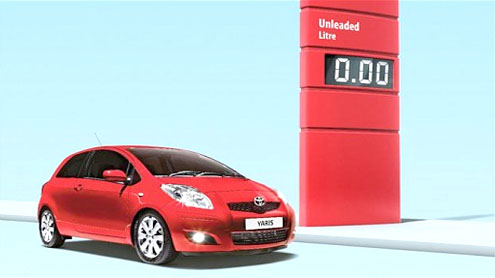 Months ago I suggested that manufacturers of modest cars aimed at cost-conscious customers might do themselves and us a favour by offering free fuel (for at least a year, and possibly even longer) to consumers ordering fresh from the factory cars.An unreasonable request? I don’t think so. Motorists tend to get very wound up over pump prices because they somehow feel like they are spending thousands of pounds per annum on the forecourt. But the reality is often very different.If they buy the right 50mpg or more car (of which there are many, in petrol and diesel guise) and drive it, say, 10,000 mile a year, they are actually paying only about £1,000 a year for fuel.So instead of manufacturers and franchised dealers offering discounts of £2,000-£3,000, sometimes more, on modest family cars, why don’t they give away one, two or three years of free fuel instead, via pre-loaded cards which would be accepted on all forecourts?If nothing else, an offer like this would create a much needed feelgood factor as the motorist would – with some justification – feel that their chosen car manufacturer was generous enough to take care of their petrol or diesel bills for years. – Telegraph