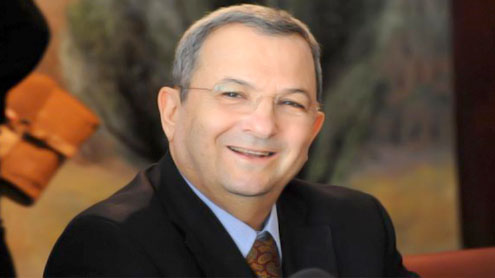 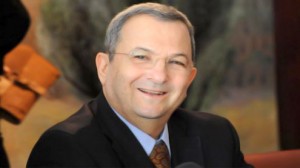 JERUSALEM IS abuzz with brilliant new ideas. The brightest minds of our political establishment are grappling with the problems created by the ongoing Arab revolution that is reshaping the landscape around us. Here is the latest crop of mind-bogglingly innovative ideas:Minister of Defense Ehud Barak has announced that he is going to ask the US for a grant of another $20 billion for more state-of-the-art fighter planes, missile boats, a submarine, troop carriers and so on. Prime Minister Benjamin Netanyahu had his picture taken surrounded by female soldiers — like Muammar Qaddafi in the good old days — looking beyond the Jordan River and announcing that the Israeli Army would never ever leave the Jordan Valley. According to him, this occupied strip of land is Israel’s vital “security border”.This slogan is as old as the occupation itself. It was part of the celebrated Allon Plan, which was designed to surround the West Bank with Israeli territory. However, times have changed. When Allon was a legendary commander in the 1948 war, he did not even dream of missiles. Today, missiles launched from beyond the Jordan can easily reach my home in Tel Aviv. When Netanyahu declares that we need the Jordan Valley in order to stop the Arabs from smuggling missiles into the West Bank, he is, well, a little bit behind the times.When the politicians bravely face the new world, the army dares not lag behind. This week, several division commanders announced that they were preparing for Tahrir-style “nonviolent mass uprisings” in the West Bank. Troops are trained, riot control means are stocked. Our glorious army is being prepared for yet another colonial police job.To reinforce the mental vigor of the leadership, Netanyahu has now mobilized an awesome intellect: He has appointed Gen. Yaakov Amidror as chief of the National Security Council. Amidror has never hidden his total opposition to a Palestinian state and peace in general. It is only fitting that Netanyahu invited the National Front party, which includes openly fascist elements, to join his government this week. They refused, because Netanyahu is not extreme enough for them.

In the meantime, a dozen top politicians, from Avigdor Lieberman down, have been dusting off moribund plans for “interim agreements.”All in all, political dwarfs, confronted with a revolutionary new reality which they can neither understand nor cope with. Assuming that the Arab world, or a large part of it, is on the road to democracy and social progress, how will this affect our future?Can we build bridges to such progressive, multiparty societies? Can we persuade them to accept us as a legitimate part of the region? Can we participate in the political and economic emergence of a “New Middle East”? I believe we can. But the absolute, unalterable precondition is that we make peace with the Palestinian people.It is the conviction of the entire Israeli establishment that this is impossible. As long as they are in charge, it is indeed impossible. But with another leadership, will things be different?If both sides — and this depends heavily on Israel, the incomparably stronger side — really want peace, peace is there for the asking. All the requirements are lying plainly on the table. They have been discussed endlessly. The points for compromise are clearly marked. It would need no more than a few weeks to work out the details. Borders, Jerusalem, settlements, refugees, water, security — we all know by now what the solutions are. What is lacking is the political will. A peace agreement — signed by the PLO, ratified in a popular referendum, accepted by Hamas — will radically change the attitude of the Arab peoples in general toward Israel. Not one of the ongoing uprisings in the various Arab countries is anti-Israeli by nature. However, as long as the occupation of Palestinian territory goes on, the Arab masses will reject conciliation with Israel.

One argument against peace, endlessly repeated by our official propaganda, is that Hamas will never accept it. The specter of Islamist movements in other countries winning democratic elections — as Hamas did in Palestine — is painted on the wall as a mortal danger.It may be worthwhile remembering that Hamas was effectively created by Israel in the first place. During the first decades of the occupation, the military governors forbade any kind of Palestinian political activity, but the military governors were told to encourage Islamist organizations, as a counterforce to the PLO, the main enemy.The emergence of Hezbollah was also a result of Israeli actions. When Israel invaded Lebanon in 1982 in order to destroy the PLO mini-state in the south of the country, it created a vacuum that was soon filled by the newly founded Hezbollah. Both Hamas and Hezbollah aspire to power in their respective countries. That is their main aim. For both, the fight against Israel is more a means than an end. Once peace is achieved, their energies will be directed to the struggle for power in their own countries.Will Hamas accept peace? It has declared as much in a roundabout way: If the Palestinian Authority makes peace, they have declared, and if the peace agreement is ratified by a Palestinian referendum, Hamas will accept it as an expression of the people’s will. The same goes for all the Islamic movements in the various Arab countries.

With a peace treaty freely accepted by the Palestinians as the satisfaction of their national aspirations, any intervention by other Arab countries will become redundant, if not downright ridiculous. Hezbollah, the Muslim Brotherhood in Egypt  and similar national religious organizations will concentrate their efforts on gaining power within the new democratic structures.With this obstacle removed, Israel will be judged by the Arab masses for what it is, at that time. We shall have the historic chance to take part in the reshaping of the entire region. Our deeds will speak.More than 50 years ago, the then Crown Prince of Morocco Moulai Hassan — later King Hassan II — made a historic proposal: To invite Israel to join the Arab League. At the time, the idea sounded outlandish and was soon forgotten. Today, with a new Arab world in sight, this utopian vision is suddenly looking more realistic. Yes, after peace, with the free and sovereign State of Palestine becoming a full member of the UN, a reformed regional structure , including Israel, perhaps Turkey and, in due course, Iran, will move into the realm of reality.A region with open borders, with commercial activity and economic cooperation flourishing from Marrakesh to Mosul, from Haifa to Aden, within a generation or two — yes, that is one of the possibilities opened by the current earth-shaking events.Can this happen? Will it happen? “Realists” will shake their heads — as they did before the Germans tore down their wall, before Boris Yeltsin climbed on that tank and before the Americans elected an Afro-American president whose middle name is Hussein – Arabnews