‘Lawrence of America’ goes to Arabia 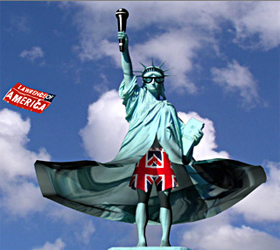 From the Malay Peninsula in Southeast Asia to the Arabian Peninsula in the Middle East, it is the wise rulers who know two of the most basic rules of modern economic development. One is that you won’t get much done over time unless you greatly invest in education. The other is that you won’t go very far if you only invest in the education of boys. This is now the consensual Asian regional view.

Consider that, just decades ago, when the calculating rulers of Singapore opened the floodgates of higher education to women, they were able to double the size of their educated workforce, to powerful economic benefit. Malaysia, to the north, moved in a similar direction: It now has more women enrolled in universities than men — by far. The above I have known for years. But what I did not know until my visit to the booming Arab nation of seven emirates is that, in modernising parts of Arabia, women are surging forward, while retaining Arab traditions, of course.

Consider a recent class in mass communications, guest-conducted by a very Western professor from Los Angeles who shall go nameless, on the women’s (yes, they have their own) campus at the University of the United Arab Emirates. It featured female Arab students traditionally dressed to the collarbone, with little showing other than the intellect on their faces and the avidity for learning in their eyes. It was inspiring.

United Arab Emirates University is the leading university of this mainly pro-Western country of about seven million that sports the world’s seventh-largest reserves of oil. But that is not good enough for one of the Arab world’s enlightened leaders. He is Shaikh Nahyan bin Mubarak Al Nahyan, the UAE Minister for Higher Education and Scientific Research.

Shaikh Nahyan is determined to elevate UAE University into a truly Arabian peninsula research university — and, someday, into one of the world’s great universities, recapturing past Islamic educational glory. To this ambitious end, the modernising Shaikh wisely determined not to go it alone but plucked from the West a kind of ‘Lawrence of America’ to bring new unity and purpose to UAE University.

The high-profile American educator and educational administrator brought in from America was Wyatt (“Rory”) Hume. The Shaikh made the former University of California high official the UAE university provost, put an abundance of oil money on top of the university’s table and asked Hume to transform the school into something very special.

Hume—formerly the number-two over the entire University of California system, and before that, a top official  at UCLA, the famous American research institution where your columnist once taught—is himself something of a secular shaikh in US higher education. His career has been associated with rapidly improving educational institutions. It took Shaikh Nahyan only one intense interview with Hume to realise that this was the American he required to move the university upward without yanking it precipitously out of its Arab soil.

Modernising rapidly while not eviscerating traditional values is no easy trick. But the emirs in this part of the planet are prepared to globalise, but not bowdlerise. This meant that Hume has had to regard the deeply cultured sands on which the university sat not as annoying impediments but as a proper home for the roots that would help shoot the university to global secular prominence — without alienating every single powerful traditionalist  in Arabia.

Women, obviously, were both part of the problem and the answer. Ignoring their higher education would keep UAE low on the developmental totem pole. But the mixed coed style of university school common in America was a complete no-go here. The answer: the university offers a separate women’s residential campus and women’s college, led by another distinguished American educator, a former President of famed Oberlin College.

Let me offer one telling sign of change.  When our “Lawrence of America” arrived about three years ago to consider whether to accept the shaikh’s offer, he was jarred by the hideous barbed wire and bars around the windows of the women’s dorms. Upset, he politely told the Shaikh he could not work comfortably at a place that looked like a concentration camp, no matter how culturally rooted the need to separate the sexes. But, understanding the deep sensitivity, Hume promised that under his administration the women would be kept separate and secure by other means. With that, the Shaikh broke with the past and ordered the barbed wire cut and the bars removed.

It’s hard to imagine a better metaphor for where this university and this surging and important country appear to be headed. And it’s heartening to see a leading educator from America so dramatically at the head of the charge – Khaleejtimes

1,436 students to get interest-free loan: SBP