Is the glass half full or half empty? 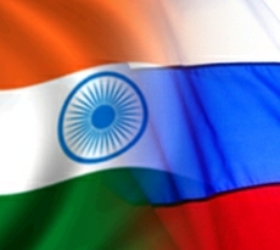 Russian President Dmitry Medvedev’s visit to India next week for an annual bilateral summit will see the two countries push their nuclear, defence, and space relations to a higher level. Both sides are expected to sign a raft of agreements providing for the construction of two additional nuclear reactors at the Kudankulam power plant in Tamil Nadu, joint designing of the fifth-generation advanced fighter aircraft (FGFA), and access for the Indian military to Russia’s space-based navigation system GLONASS.

However, the ongoing expansion of commercial ties cannot obscure the fact that the relations between the countries have reached a fork on the road for the second time in two decades.

For 10 years after the break-up of the Soviet Union, New Delhi-Moscow ties were in a state of drift as Russia struggled with the economic meltdown and President Boris Yeltsin’s government saw little value in what it considered an ideology-driven special relationship of the Soviet times. Bilateral trade collapsed, defence cooperation faltered and political contacts dithered.

The turning point came 10 years ago, soon after Vladimir Putin succeeded the ailing Yeltsin. During his first visit to India in October 2000, India and Russia signed a historic Declaration on Strategic Partnership, which reversed the decade-long downslide in bilateral relations. The declaration clearly said the strategic ties were based on a broad convergence of long-term interests and goals, and the complementarity of their economies in the absence of any antagonistic difference or rivalry. The two countries have since streamlined and expanded defence cooperation, with Russia offering India unlimited access to cutting-edge military technologies and helping it set up a strong diversified defence industry. India and Russia have revitalised political contacts, establishing a mechanism of annual bilateral summits, as well as regular Foreign Ministry and Security Council consultations.

Russia helped Indian companies gain a foothold in the energy sector, with ONGC-Videsh Ltd. acquiring a stake in a Sakhalin oil and gasfield and buying a Russian oil company, Imperial Energy. A 15-year-long stagnation in bilateral trade is being overcome and private business in both countries is waking up to investment opportunities in each other’s economy.

Over the past decade, New Delhi and Moscow have built an exceptionally high level of mutual trust that is hard to find between two other great powers. They have developed close and effective interaction in the United Nations on major global and regional issues and have set up new multilateral forums — the Russia-India-China (RIC) triangle and the Brazil-Russia-India-China (BRIC) dialogue.

The New Delhi-Moscow strategic partnership has helped Russia reassert itself as a truly Eurasian nation and facilitated India’s rise as a leading economic and military power in the Asia-Pacific region. Whereas 10 years ago, the twin-headed eagle of Russia’s national emblem had both heads turned West, today they look West and East as originally conceived. “India has re-emerged as a kingpin of Russia’s policy in the East, along with China,” says Andrei Volodin of the Institute of World Economy and International Relations.

But the glass of Indo-Russian strategic partnership is still half full. Economic ties are too weak to sustain further strengthening of strategic relations. Bilateral trade is expected to touch $10 billion in the current financial year, a three-fold increase over the past five years but it is still a fraction of either country’s trade with China. New Delhi and Moscow have promised to expand the two-way trade to $20 billion by 2015. Economists say this is the minimal threshold at which trade can acquire self-sustaining dynamism.

The relatively weak economic foundation makes Indo-Russian relations sensitive to quickening shifts in regional power equations. What a top Russian diplomat described three years ago as “wrinkles in the moods” between Moscow and New Delhi over the latter’s cosying up to the United States resurfaced this year in the wake of President Barack Obama’s trip to India. Russia, which itself has embraced a “reset” with the U.S. under the Democratic Administration, has no problem accepting New Delhi’s growing partnership with Washington as part of what political scientists call the increasingly “loose geometry of international relations.” However, Russia would hate to see India depart from Jawaharlal Nehru’s concept of a balanced and independent foreign policy. “Moscow is concerned over a tendency in New Delhi to attach an absolute value to its growing engagement with the U.S.,” says Dr. Volodin.

India seeks close partnership with the U.S. to deal with the challenge of rising China. But Moscow believes that the new U.S. strategy of containing China is fraught with new tensions and security risks in the Asia-Pacific region. Contours of the U.S. strategy were outlined last month when Mr. Obama, Secretary of State Hillary Clinton, Secretary of Defence Robert Gates and Chairman of the Joint Chiefs of Staff Admiral Michael Mullen toured the region. The American leaders revived the Cold War-era Pacific Security Pact, ANZUS (Australia-New Zealand-U.S.), strengthened defence alliances with Japan and South Korea, and vowed to beef up U.S. military presence in the region. Russia voiced a strong opposition to bloc-building. Foreign Minister Sergei Lavrov described closed blocs in Asia as “a threat to national security and a source of dividing lines, mutual distrust and suspicion.” From the Russian point of view, the recent crisis on the Korean peninsula underscored this threat. Moscow voiced “grave concern over the build-up of tension on the Peninsula aggravated … by a series of large-scale military exercises [between the U.S. and South Korea].”

Russia and China have put forward their own security plan for Asia. During Mr. Medvedev’s visit to China in September, the two sides unveiled a “joint initiative” to build “an open, transparent and equitable architecture of security and cooperation based on international law, non-bloc principles and respect for the legitimate interests of all sides.” India, however, refused to sign the initiative, striking down the reference to “non-bloc” principles for Asia-Pacific security in the joint communiqué of the RIC meeting of Foreign Ministers in Wuhan, China, which came on the heels of Mr. Obama’s visit to India.

India’s refusal to support the Russia-China security plan was seen in Moscow as having been prompted by its unwillingness to rub the U.S. up the wrong way. “Some sections of the Indian elites hope to use close ties with the U.S. to solve India’s geopolitical and geo-economic problems,” Dr. Volodin says. “The U.S. also wants to use India to advance its strategic goals in Asia but Washington will never embark on a confrontation with China, if only because of a symbiotic economic inter-dependence between the two powers.”

Russia, which also finds itself hedged geopolitically between the U.S. and China, offers an example of how to deal with both without antagonising either. While aggressively pursuing the “reset” with Washington, Moscow also firms up close ties with China.

“New Delhi’s concerns about China can be partly eased by expanding trade, business and cultural ties between the two countries, and partly through India’s active, rather than formal, involvement in RIC, BRIC and the Shanghai Cooperation Organisation (SCO),” says Dr. Volodin. “As Russian economy picks up, Moscow can also play a balancing role between India and China.”

The RIC and BRIC formats within a few years progressed from Foreign Ministers’ meetings on the sidelines of international gatherings to annual stand-alone summits, but are still short on substance. Both forums are testing the water in multilateral economic cooperation but are yet to develop meaningful political agendas. Moscow has been working hard to get India, which has observer status in the SCO, to join the alliance as a full member. The six-member SCO approved rules for admission of new members earlier this year and expansion may start next year. “Unless India and other observers join the SCO, the group may end up as a branch office of China’s Foreign Ministry,” Dr. Volodin says.

The Indo-Russian strategic partnership will be directly impacted by how issues of regional and global politics play out during Mr. Medvedev’s visit. If differences between New Delhi and Moscow on Asia-Pacific security get further heightened, they may eventually weaken the two countries’ strategic ties. “In view of the recent trends in India’s foreign policy, Moscow will be listening closely to every word said at the Indo-Russian summit,” says Dr. Volodin, who is also a professor at the Diplomatic Academy of the Russian Foreign Ministry.

“Russia has a stake in developing strategic relationship with India, but it must be a two-way road,” the scholar adds. “The summit will show whether the glass is half full or half empty.” – The Hindu