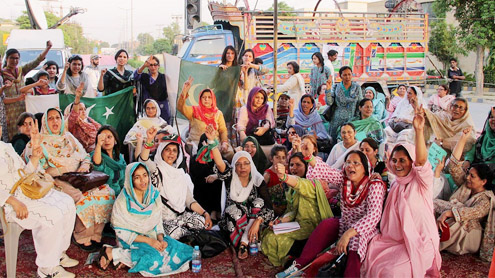 LAHORE: The sit-in protest by the supporters of Pakistan Tehreek-e-Insaf against the alleged riggings in NA125—a Lahore constituency, entered its sixth day on Friday.

The PTI supporters having camps in the city’s area of Defence are not willing to go back home in defiance of the directives given by their party leaders who announced two-hour daily schedule for the protest demonstration.The protesters demand the Election Commission of Pakistan (ECP) to take notice of blatant riggings in the general elections, saying they will continue the demonstration until their demand is granted. – OnlineNews