Xulfi and his young lot of Music Masters 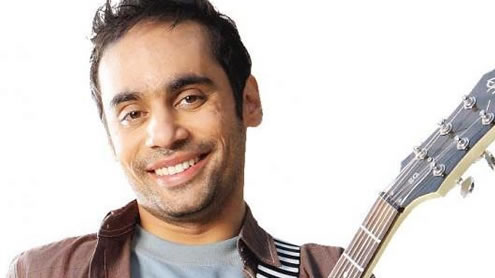 LAHORE: Music helps people get through hard times and serves as an antidepressant for a society braving menaces such as a war, terrorism and hunger.

At a time when Pakistan is fighting a war on terror, musicians in the country have come forward and helping people get rid of the prevailing tensions by entertaining them through their talent and novel compositions. Xulfi of the Call band is one of leading Pakistani musicians who not only has talent but will to do something extraordinary for the country.

Instead of going after popularity and fame, he chose a new path – the path of hunting and exposing young talent in schools, colleges and universities. To realise his dream, Xulfi visited several educational institutions and succeeded in gathering a lot of young people who have no urge to earn money but a  desire to make name in the world of music. Xulfi provided this batch of talented folks with a platform ‘Nescafe Basement’ to prove their skills and impress others.

Xulfi now has 15 music students at his disposal, 12 of whom are expert at playing instruments such as tabla, harmonium, rubab, drum, piano, violin, guitar, saxophone, flute and harmonica. Three to four of Xulfi’s students are not only vocalists but also songwriters. Fawad Zaidi plays tabla and guitar. He studies computer sciences in UCP and has learned tabla from the platform of Radio Pakistan. He also sings khayal, ghazals and writes songs. Turaab Khan’s strength is his voice but he can play guitar too. He grew up in Australia listening to English music. He has talent in music production and is able to produce, sequence, mix and master his own music.

A girl in the lot is 16-year-old Alina Najam who is a vocalist and doing O-Levels. She has performed in All Pakistan Music Conference, Grammathon and some gigs. Jibran is a solo saxophone player in the group. He is doing LLB on his own and works part time for a law firm. Mujeeb has three major strengths. He is not only a good guitarist but also a vocalist and songwriter. He has won the national competition of LUMS OLYMPIAD-2009 and has a dream to represent his country worldwide. Rabbi is a guitarist, harmonium player and a songwriter. He is just 24 and holds an MBA degree. But he has chosen music as his career. Khanewal-based Adnan Dhuul started his career as an actor in 2004 but soon changed the profession and started composing songs. He is a lyricist as well.

Sahiwal-based Asfar Hussain is a rubab player. The 22-year-old musician studies musicology in the National College of Arts. He can also play guitar. Haider, 20, has been declared best bassist at Grammathon competition. He has also participated in various high profile events such as P&G Battle of the Bands, LUMS Olympiad and the BDC Battle. He is currently playing bass for a band called Odyssey, which has two studio albums in its portfolio to date. Mansoor Lashari is a 20-year-old drummer in Nescafe Basement. He is studying at LSE and has performed at several concerts and gigs for underground bands. He is a progressive rock follower. Hamza Butt, 21, is a violinist but also good at playing piano and harmonium. He is completing his bachelor’s degree from FC College. He practiced piano and violin in Hong Kong during his study visit and is now attached with a band in Lahore, namely The Canvas.

Haris Usmani is a 22-year-old rock vocalist in the Basement. He is student of electrical engineering at LUMS and interested in playing rhythm guitar and primary vocals. Shahrukh Aslam is another rock guitarist in the group. He is only 20 years old and studies political science at LUMS. He likes progressive rock and is inspired by Mike McCready. Adrian David is flute player in the Basement and learning classical music from a known musician Ustad Jalil Ghauri of Sialkot. He is studying in England’s Berklee School of Music in Composition. Abeir Shan is a solo player of unique musical instrument Djembe. He is 21 and studies Fashion Design at PIFD.

“Nescafe’s core target market is the youth and music is the platform they want to associate themselves with. But more importantly, it is very important for the brand to understand the true essence of such initiatives for the collaborative success. And in this case, I am lucky that Nescafe truly understands the motive and passion behind this initiative and has supported the cause of Pakistani music in these times when apart from a few music shows, we don’t see a lot of local music on our TV channels anymore,” says Xulfi. – Dailytimes