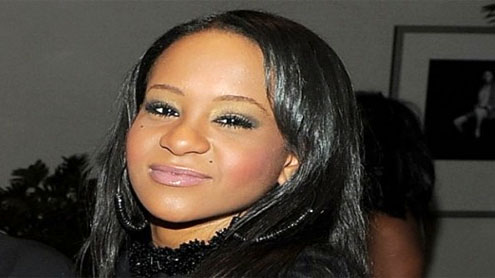 LOS ANGELES: Whitney Houston’s teenage daughter will star in a reality TV show that follows the family of the “I Will Always Love You” singer as they cope with her sudden death earlier this year.

The Lifetime channel said on Friday that Bobbi Kristina Brown, 19, Houston’s mother Cissy, the singer’s brother Gary, and her manager and sister-in-law Pat Houston would all appear in the show that will air later this year.”The Houston Family Chronicles”, billed as a documentary series, will follow Pat and Gary Houston “as they take on their greatest challenge, supporting and guiding Bobbi Kristina as she faces the world alone, without the one person she relied on the most, her mother,” Lifetime said.

Bobbi Kristina is the only child of Houston with her ex-husband Bobby Brown, and she was hospitalized twice for anxiety after her mother was found dead in a Beverly Hills hotel room in February. She is now being raised by Pat and Gary Houston.Houston, 48, drowned in her hotel room’s bathtub in what authorities have said was an accidental death triggered by cocaine use and heart disease. The singer had a history of addiction to cocaine and other drugs.

“The tragic loss of Whitney Houston left a void in the hearts of people all over the world, but certainly none more so than her beloved family,” said Lifetime programming executive Rob Sharenow.”In this series, the multi-generations of the Houston family will bravely reveal their lives as they bond together to heal, love, and grow,” he added in a statement.Pat Houston said she had been developing a TV project for herself for some time but the unexpected death of Houston had affected the direction of the show.”It is my hope that others will be enlightened as they watch our family heal and move forward,” she said in a statement.Lifetime, whose audience is largely female, said it had ordered 10 hour-long episodes of the series. A premier date has not yet been announced. – Yahoonews