by ToP
in Music
2 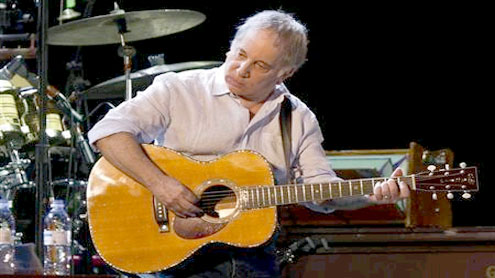 Organizers said on Wednesday they hoped dozens of music artists and fans of Latin jazz, gospel and blues music would join in the demonstration, and attend an alternative concert.Some 23,000 people have signed a petition demanding that the Recording Academy reinstate Grammy awards for Native American and Hawaiian music, and reverse cuts in categories for Latin Jazz, Gospel, R&B and Blues that were axed in a major overhaul last year.

Paul Simon, Carlos Santana, Bonnie Raitt and Bobby Sanabria are among the dozens of artists who have spoken out against the decision. Musicians say the Grammy cuts will harm their careers financially and diminish the profile of music enjoyed by minority communities.Spokesman Robert Sax said on Wednesday that the protest would be held outside the Staples Center in Los Angeles as stars like Rihanna, Bruce Springsteen, The Beach Boys and Tony Bennett arrive to perform at the Grammy Awards show on Sunday.

The demonstrators will later celebrate the Not Those Awards All-Star Latin Jazz Jam at a Los Angeles nightclub, with performers including two time Grammy winner Oscar Hernandez, John Santos and Bobby Matos.“We are holding this concert to remind music fans about all the great music that has been eliminated from the Grammys. To paraphrase what Frank Sinatra said at the first Grammy Awards in 1959, ‘Remember, the awards are about excellence, not popularity.’”, Latin jazz artist Matos said.

The Recording Academy announced in April that it was slashing the number of Grammy categories to 78 from 109 for the 2012 Grammy Awards, saying the cuts were necessary to maintain “the prestige of the highest and only peer-recognized award in music.”Rapper Kanye West leads the field of Grammy contenders with seven nominations, followed by Adele, Bruno Mars and Foo Fighters.