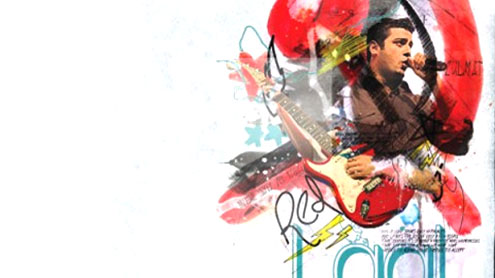 LAHORE: Once in a while, it is good to see someone sing about our working class…or any working class, for that matter. Love themes are over done, but never get boring somehow, because emotions always count.

But besides that in Pakistan, it has become more of a tradition to sing about political problems, politicians and their corruption and several other ‘political’ issues that are all interconnected.But talking about the working class, the core of our country, the backbone of our economy, and the reason we get all our dirty work done…ah, that’s a different matter altogether.

By sidelining communist parties since the Zia regime, we have successfully also sidelined the issues that they have always raised: feminism, power to the working class, justice, and democracy among others.Politics aside, this video recently released by Laal band, featuring Ammar Aziz on vocals, concerns itself with that section of the working class probably facing the worst of circumstances: bonded labourers.

It seems surreal as if we are still living back in the days when slavery was rampant; but perhaps in Pakistan’s context it is true. Slavery in the form of bonded labour does in fact still exist, and these labourers are subject to low wages, long working hours, inhuman working conditions, and are in the end, bound to serve the feudal lord who ‘owns’ them.

After ‘Dehshatgardi Murdabad’, Laal now raises the issue of these laborers, in their song. This was originally a poem by Musarrat Aziz written back in the 1980s that has been given a melody by her son Ammar. Ammar Aziz himself is an NCA graduate, is an activist and filmmaker, and in an ironic twist works in an advertising agency!

Mussarat Aziz, who was a Socialist student leader in her time, originally wrote the poem against the law of ‘aadhi gawahi’ or ‘half witness’ meant for women, along with the exploitation of bonded laborers.The video is more focused on the bonded labour issue, with Taimur Rehman and Ammar Aziz singing together at a brick kiln location. The two have also co-directed the video. The video is simple, yet effective.

There are no flashy editing techniques, and it is in full colour instead of dreary sepia tones or a dark black and white effect which is usually considered so hip these days.It starts with a message saying that there are overall 55 million labourers in South Asia, slowly dissolving into a little girl giggling shyly.

Throughout the song the setting remains in different locations at the brick kiln, where Taimur is seen slowly strumming his guitar and Ammar sporting a red shirt and a dark jacket sings, somehow reminding of those old PTV songs that always gave a message. Honestly speaking the composition could have been better, but again it is catchy, and slow, and certainly signifies the mood of a new dawn approaching, at the same time showing the seriousness of the issue. Again at the very end, we see some red activists rejoicing in a crowd, dancing with each other and giving some symbolic moves in their march.

The song is about hope. It is about a dream to strengthen those who are downtrodden and oppressed, so they can unite and give way to a greater change. The video is strong, and it successfully transfers this simple thought across to anyone watching it. “The band believes that the poetry is relevant even today as we continue to face oppression at multiple levels,” say Laal band members. “Thirteen years after the Supreme Court declared bonded labour to be unconstitutional, and a decade after the National Assembly passed the Bonded Labour Liberation Act, there are still one million bonded workers in the brick kilns of Pakistan.”

To his credit Aziz has made a 20 minute documentary on the Hasht Nagar situation, where in the 1950s peasants took over the land and occupied it. Aziz traveled all the way up north and made the film there in challenging circumstances. His film was also shown at the Dhaka Press Club. “All attempts for workers’ reforms have failed and the only path to their emancipation is a peoples’ revolution,” says the band. “This song is a celebration of workers’ struggle and hope for a new dawn.” – PT