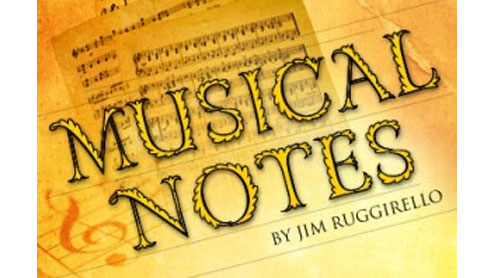 Especially when the subject is music. And after a recent interview with the music director of the Long Beach Symphony, now beginning his 11th season in that position, I came to two inescapable conclusions: he loves music, and he knows his business.

He can enthuse about the repertoire for the present year, and his enthusiasm is infectious. The theme for the season is “Vienna Nights,” which has inspired the programming of some great stuff. Symphonies by Tchaikovsky, Haydn, Schubert and Brahms, concertos by Beethoven, Mendelssohn, Dvořák and Mozart, along with a host of other pieces by Johann Strauss, Handel and Ravel (among others) should please the LBSO faithful, who like their musical meat and potatoes.

There’s even a piece on the November concert by a composer with a pulse, namely Diemecke himself. The work in question is a concerto for marimba, featuring a dynamic young Latin stud named Saúl Medina, who has been with us before.I asked Diemecke, who has orchestras in Buenos Aires, Bogotá, Mexico City and Flint (Michigan), and is a frequent guest worldwide, when he finds time to compose. It turns out that through the magic of his ever-present laptop and Finale software, he grabs composing time on the plane, in the hotel, or wherever.

And then he speaks frankly about the current economic situation, which is not unique to Long Beach by any means. Orchestras everywhere are cutting back in order to survive, and having to do more with less. Here it means reduced rehearsal time for each concert. Diemecke realizes that the reality is what it is, and proceeds to program intelligently while still preserving quality and reaching for the highest artistic level. This calls for intensified effort by all concerned; Diemecke has told his orchestra, “you practice and I will pray.”

Both practice and prayer seem to have paid off, judging from an opening night concert that was exceptionally well-played. The program was daunting, consisting of Wagner, Mahler and Tchaikovsky, but the presentation was polished and professional. One difficult piece, the previously scheduled “Verklärte Nacht” by Schoenberg, had to be substituted for on next month’s concert, because, as Diemecke explains, there simply wasn’t enough time to do the piece right. I doubt the notoriously conservative LBSO audience will complain.

At least Schoenberg was Viennese, unlike many of the composers represented. But there’s always a connection. Ask Diemecke, for instance, how “Sobre las olas,” by the very Mexican Juventino Rosas, fits into the seasonal theme and he will explain in fascinating detail about Mexican history, the unfortunate Prince Maximilian who was the Emperor of Austria’s brother, and the waltz craze that swept Mexico when Maximilian took over. So there.We talked about audiences, iPads, ballet, singers, home improvement and a lot more. Enrique Arturo Diemecke knows a lot about all of them, and about Mexican history, and about music. He also knows how to put together great concerts with limited resources. –  Gazettes