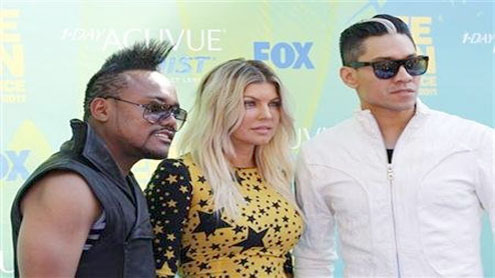 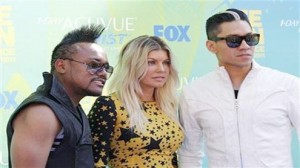 NEW YORK: Pop music stars The Black Eyed Peas have rescheduled their “Concert 4 NYC” to September 30 after extreme weather in June forced organizers to cancel the Central Park event, Will.I.Am announced on Wednesday.The Black Eyed Peas singer and New York Mayor Michael Bloomberg held a joint news conference to unveil the new date and tell the 54,000 ticket holders to the benefit concert that they could now claim new tickets.”I don’t know where to begin to tell you how proud I am to be performing here at Central Park for our rescheduled date,” band member Will.I.Am said, “And how sad I was when it got canceled because of lightning.

“The Black Eyed Peas, comprised of Will.I.Am, Fergie, apl.de.ap and Taboo, are among the biggest hip hop and pop music acts of the 2000s having scored hit records such as “My Humps,” “Let’s Get It Started,” and “Where Is the Love?”The Central Park event will benefit Robin Hood, a poverty-focused charity in New York City and fund the creation of three new sites for The Black Eyed Peas’ Peapod Music and Arts Academies, which cater to disadvantaged and foster children.

The site of the show, Central Park’s 55-acre Great Lawn, has long hosted annual concerts for the New York Philharmonic and the Metropolitan Opera, as well as the occasional show by some of the biggest names in music like Diana Ross, Bon Jovi, Simon & Garfunkel and Garth Brooks.”There’s nothing quite like a concert in central park,” Bloomberg said. – Yahoonews