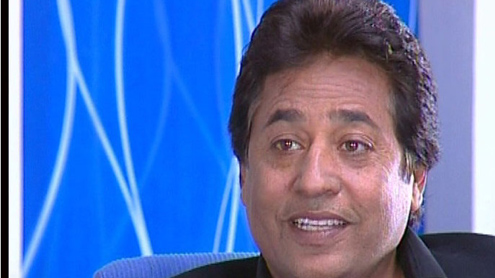 Lollywood’s showman Syed Noor has said that the success of his upcoming Punjabi film ‘Shareeka’ would be a major contributor to the revival of the Pakistani film industry.

In an exclusive interview with Daily Times, Syed Noor said, “The success of only this film cannot revive the film industry. A number of films on new, unique topics would be required to bring about this restoration of the film industry. We have a huge allegation against us that we don’t make good movies. Rather, we make stereotyped movies.” He commented, “When people will start to show up at cinemas to see these movies only then will our film industry start to recover. People will play a key role in the future of our film industry, we need passion and people from NCA or outside the country to contribute to the revival of the film industry.

Also, this revitalisation is impossible with the present lot of the filmmakers.” Noor is of the view that the screening of Indian films in Pakistani cinemas is a major problem and that it is one of the main factors contributing to worsening situation of the Pakistani film industry. He said, “Only the government can stop the screening of so many Indian films in Pakistan.” He also said that a legislation should be passed or quotas should be implemented on the number of Indian films being played in Pakistan to help reduce the damage to the local film industry.

Noor commented, “Our film industry is not capable enough to work with others. So if we want to start co-producing films with other countries, we need to develop and improve the situation of our film industry.” He also suggested that the government could help in the betterment of the film industry by setting up a school specifically for teaching filmmaking. Noor said he could not give his opinion about other filmmakers because he doesn’t want to criticise or appreciate them. He has his own set of rules, so he always tries to correct himself rather than pointing out flaws in others,” -dailytimes