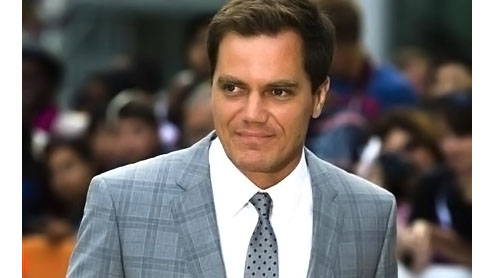 Ed Asner, appearing on Broadway for the first time in almost 25 years, and Kate Arrington round out the cast. Dexter Bullard will direct.”Grace” revolves around a couple who move from Minnesota to Florida with big plans to open a chain of Gospel motels, sporting the slogan “Where Would Jesus Stay?” There, they cross paths with a bitter engineer and a caustic exterminator.

Shannon, a regular on the cast of HBO’s “Boardwalk Empire,” received an Oscar nomination for 2009’s “Revolutionary Road.” He appeared in Wright’s “Mistakes Were Made” in 2010 off-Broadway at the Barrow Street Theatre and has performed in several of Tracy Letts’ plays, including “The Man From Nebraska,” Killer Joe” and “Bug.”

Rudd last appeared on Broadway opposite Julia Roberts and Bradley Cooper in 2006’s “Three Days of Rain.” The actor made his Broadway debut in 1997’s “The Last Night of Ballyhoo.””Grace” is scheduled for a limited engagement run beginning September 14, with opening set for October 4 at a Shubert Theater to be announced.Debbie Bisno, Fox Theatricals and Paula Wagner are producing. – Yahoonews