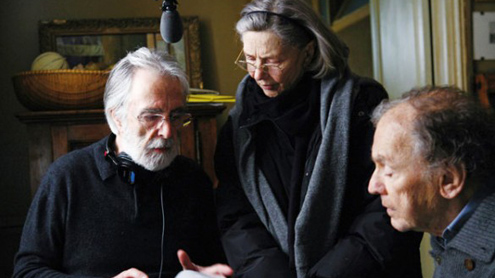 After a few days of winning the Palme d’Or at the 65th Cannes International Film Festival; the official trailer for “Amour” directed by Michael Haneke was released.

At the same time, Sony, distributors in the USA, have announced that they will release it on 19 December to compete for the Oscars. “Amour” has all the qualities to combine both prestigious awards considering its high artistic level according to all critics and to the very humane story that is far from politics. The film revolves around an old married couple in their 80’s where they face the most difficult time in their marital life when the wife gets a brain stroke and her husband is forced to watch her die slowly. Haneke has worked with the great French actors Jean-Louis Trintignant and Emmanuelle Riva with Isabelle Huppert as their daughter. -msn

Russia jails ‘spy’ for handing maps to US intelligence

Russia jails 'spy' for handing maps to US intelligence