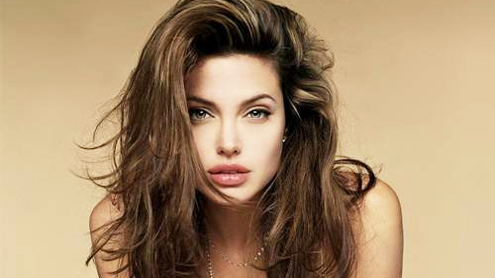 BERLIN — Angelina Jolie said Monday she hopes her directorial debut “In the Land of Blood and Honey” will provoke a wider discussion about rape — something that the International Criminal Court’s prosecutor said could be extremely valuable in helping bring perpetrators to justice.

Jolie, who was being given the Cinema for Peace group’s “honorary award for opposing war and genocide” later in the day for the movie focusing on the war in Bosnia, said she wants viewers to be “uncomfortable” when they see the film.Jolie’s writing-directing debut hurls two lovers — a Bosnian Muslim woman and a Bosnian-Serb man — from their tender relationship before the war into the horrors of prison camps where rapes occurred.“I believe these strong issues deserve to be presented in a very strong direct light,” Jolie, who was in Berlin for the Berlin International Film Festival, told a small group of reporters.“It’s a strange thing to say as a director and a film-maker, but I want people to be very uncomfortable when they watch it, and they should be upset and they should want some intervention, and they should want it to stop and they should be angry.”

The film has already provoked the ire — but of a different kind — of the sole film distributor in the Serb-run part of Bosnia, Vladimir Ljevak, who questioned its portrayal of the Serb side of the conflict and said he would not be screening it there. Still, a small group of Muslim Bosniaks who have returned to their homes in the Serb part of the country say they instead plan to organize private showings.The Bosnian war in the early 1990s was the first time that rape was treated as a crime against humanity, and the International Criminal Court’s Luis Moreno-Ocampo said that since then it has remained a major problem in conflict regions — but that slowly the court is finding more victims willing to come forward and tell their stories to aid in prosecutions.Still, Moreno-Ocampo said it is difficult to convey the message to the victims that they are not alone, and that a movie like Jolie’s can help reach a wide audience.

“Things are changing, but we have to include in this dialogue normal people, and normal people do not read judicial positions — they go to see movies,” he said.“The movie can present a deeper picture of the problem. That’s why I believe the Angelina Jolie movie is not just about the Bosnian-Serb conflict, it’s an example of what happens around the world — just change the name of the country, it’s the same — and we don’t talk about that and she showed that very clearly, beautifully and painfully.”Jolie said that she was not sure whether she would follow “In the Land of Blood and Honey” with such a serious film again, but did say she has already written a script focusing on the conflict in Afghanistan — a country she said she had visited several times.For now, however, it’s staying under wraps — even from her partner Brad Pitt.

“I did write something on Afghanistan — nobody’s seen it yet, Brad hasn’t seen it, it’s hidden — so I don’t know how very good it is, but it’s been a pleasure to write,” she said. – Khaleejtimes