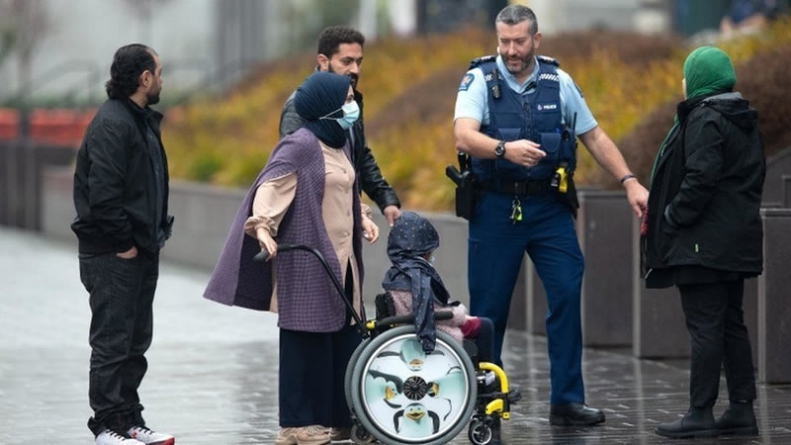 The man who killed 51 people at two mosques in New Zealand in 2019 had plans to target a third mosque, his sentencing hearing has heard.

Brenton Tarrant also planned to burn down the mosques, wanting to “inflict as many fatalities as possible”.

The Australian has pleaded guilty to 51 counts of murder, 40 attempted murders and one charge of terrorism.

Tarrant, 29, faces life in prison, possibly without parole – a sentence never before imposed in New Zealand.

The attacks, parts of which the gunman streamed live online, saw him open fire at two mosques in Christchurch on 15 March last year.

He first drove to the Al Noor mosque, firing on people taking part in Friday prayers. He then drove about 5km (3 miles) to the Linwood mosque and killed more people.

The attack sent shockwaves around the world and prompted New Zealand to make swift changes to its gun laws.
How did the attack unfold?

The sentencing hearing, which will last four days, began on Monday morning in Christchurch.

Covid-19 restrictions mean the main court room is relatively empty. Hundreds will watch the proceedings on video feeds from other courtrooms in the city to allow for social distancing measures.

Dressed in grey prison clothes and surrounded in the dock by three police officers, the gunman reportedly remained silent, occasionally looking around the room where survivors and relatives of the victims were sitting.

Crown prosecutor Barnaby Hawes told the court that the gunman had began formulating a plan years earlier, and his goal was to “inflict as many fatalities as possible”.

He gathered information about mosques in New Zealand – studying floor plans, locations and further details – with the aim of targeting them at the time they would be busiest.

In the months before the attack, he travelled to Christchurch and flew a drone over his primary target, the Al Noor mosque.

He also planned to target the Ashburton Mosque in addition to the Al Noor mosque and Linwood Islamic Centre, but was detained while on his way to the third mosque.

On the day of the attack, he shot people on the street as they tried to escape the Al Noor mosque, the court heard.

This included one victim, Ansi Alibava, whose body he drove over as he left the mosque.

As he drove towards the Linwood Islamic Centre, he stopped and shot at men of African origin who were able to escape. He briefly pointed his gun at a Caucasian man, the court heard, but then “smiled and then drove off”.

He told police after his arrest that his plan was to burn down the mosques after his attack, and that he wished he had done so.

Tarrant is representing himself in court. He had previously denied the charges and was due to face trial in June, but reversed his plea.

He faces a minimum sentence of 17 years, but Justice Cameron Mander, the High Court judge presiding over the case, has the power to sentence him to a full life term with no parole – a sentence never before imposed in New Zealand.
Who were some of the victims?

More than 60 people will give victim impact statements over the course of the next few days.

The imam of Al-Noor Mosque, Gamal Fouda – who was the first to speak – addressed Tarrant, calling him “misguided and misled”.

He said he saw the “hate in the eyes of a brainwashed terrorist” as he was standing in the pulpit, telling Tarrant: “Your hatred is unnecessary.”

The son of victim Ashraf Ali, said he still suffered trauma, saying: “I have flashbacks, seeing dead bodies all around me. Blood everywhere.”

Among the other victims were:

Some relatives of victims travelled from overseas and undergone a two-week coronavirus quarantine in order to take part.

Prime Minister Jacinda Ardern has said it will be a difficult week for survivors and families of the victims.

“I don’t think there’s anything I can say that is going to ease how traumatic that period is going to be,” she said last week.

She has vowed never to say the gunman’s name saying soon after the attack: “He sought many things from his act of terror – but one was notoriety.”

Less than a month after the shootings, New Zealand’s parliament voted by 119 to 1 on reforms banning military-style semi-automatic weapons as well as parts that could be used to build prohibited firearms.

The government offered to compensate owners of newly-illegal weapons in a buy-back scheme.