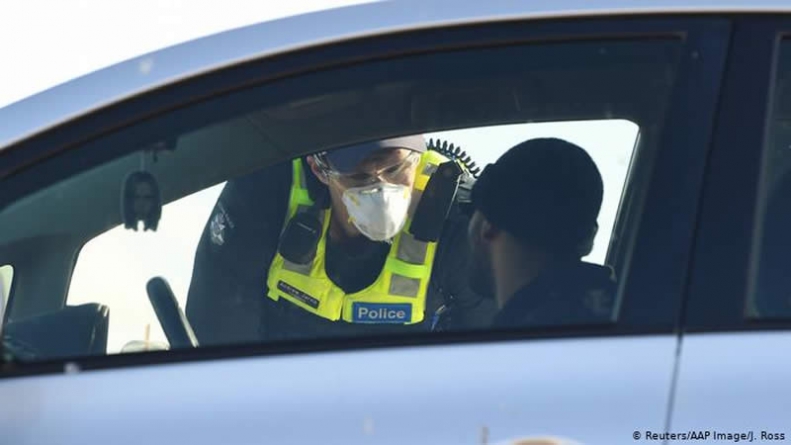 The premier of the Australian state of Victoria has declared a “state of disaster,” introducing a nighttime curfew in the city of Melbourne. Catch up with the latest about the COVID-19 pandemic.

Victoria state premier Daniel Andrews on Sunday said an evening curfew would be implemented across Melbourne — Australia’s second-biggest city — from 8 p.m. to 5 a.m. after declaring a state of disaster.

Andrews said 671 new coronavirus cases had been detected since Saturday, including seven deaths. The state has seen a steadily increasing toll in both deaths and infections over the past six weeks.

The premier said there would be further announcements on Monday regarding workplaces that would include the closure of some industrial sectors. The new lockdown measures will last for six weeks.

“These are big steps but they are necessary. We have got to limit the amount of movement and limiting the amount of transmission of this virus,” Andrews said.

“If we don’t make these changes, we’re not going to get through this,” Andrews said. “We need to do more. That is what these decisions are about.”

Residents of the state capital Melbourne will only be allowed to shop and exercise within 5 kilometers (3 miles) of their homes. Students across the state will return to learning at home.

The move by Victoria’s Labor Party government has been backed by the federal government, ruled by a center-right Liberal Party-led coalition.