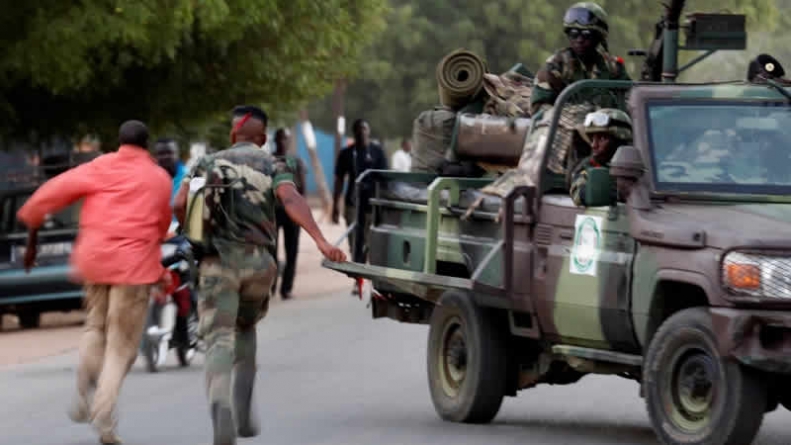 Police in The Gambia have arrested the country’s former head of the national intelligence agency and his deputy, both accused of overseeing killings, kidnappings, arbitrary arrests, torture and rape during their time in office.

Spy chief Yankuba Badjie and director of operations Sheikh Omar Jeng were detained on Monday and being investigated for potential abuses of power, spokesman Foday Conta told the DPA news agency on Wednesday. The arrests were part of new President Adama Barrow’s attempts to re-establish democracy in the small West African nation, a police spokesman said. Badjie took over at the intelligence agency in 2013, with Jeng as his deputy.

According to rights group Human Rights Watch, the state intelligence as well as government paramilitary forces targeted journalists, political opponents and the LGBT community over a period of two decades under the rule of longtime President Yahya Jammeh. In January 2015, the former government was also accused of forcible disappearances of friends and relatives of coup plotters, including elderly people and at least one minor. Barrow has released dozens of opposition activists from prison since replacing Jammeh last month.

Jammeh caused weeks of political impasse by refusing to accept the result of the December presidential election. International pressure, including the threat of a regional military intervention, led Jammeh on January 21 to finally accept his election defeat and fly into exile in Equatorial Guinea. Hundreds of thousands welcomed Barrow’s return to Gambia days later. Barrow has pledged to reverse Jammeh’s repressive policies and promised to keep The Gambia in the International Criminal Court and rejoin the Commonwealth.