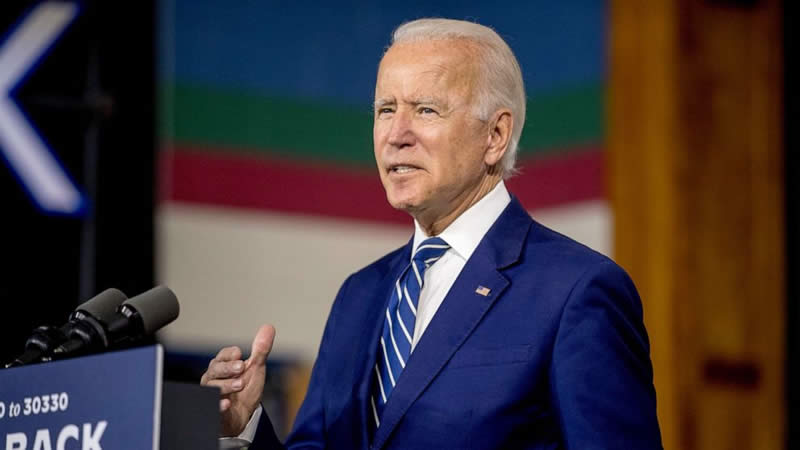 The former US vice president and the presumptive Democratic presidential nominee to challenge Trump in his re-election bid, says that the Muslim communities were the first to feel Trump’s assault on Black and brown communities in this country with his vile travel ban.

Trump placed travel restrictions on seven Muslim-majority countries in January 2017, shortly after he took office. The president had argued that the travel ban was for national security purposes.

“That fight was the opening barrage in what has been nearly four years of constant pressure and insults, and attacks against Muslim American communities,” Biden told the ‘Emgage Action’, the largest Muslim political group in the United States.

“Donald Trump has fanned the flames of hate in this country across the board through his words, his policies, his appointments, his deeds, and he continues to fan those flames,” Biden said. “Under this administration, we’ve seen an unconscionable rise in Islamophobia.”

Biden’s remarks came shortly after ‘Emgage Action’ endorsed him in a letter to supporters. It organised an online ‘Million Muslim Vote Summit’ as part of a campaign to have one million Muslim voters cast their ballots in the 2020 presidential elections.

“We’re putting our trust in you,” Khurrum Wahid, a Pakistani-American who is the chairperson for Emgage Action’s board, told Biden. “We have a swing state strategy and we will deliver for you Michigan, Wisconsin, Pennsylvania and Florida,” he added.

“We will activate large groups of voters in Texas and Arizona. We will turn out one million votes nationally. We’re going to ask everyone we know to ‘vote Joe’ on November 3rd,” Wahid added.

Biden, who spoke for about 10 minutes, did not answer questions. He described Islam as “one of the great confessional faiths” and decried recent spikes in hate crimes as well as appointments of government officials with histories of anti-Muslim comments.

If elected, Biden said, “we could work together to right the wrongs and see our world bettered, with our hearts, with our hands, with our votes.” He added: “We cannot afford another four years of a Trump presidency.”

He noted that Muslim-American communities were organising like never before to maximise “our voter turnout and to ensure that our voices” were represented. “Muslim-Americans’ voices matter … but we all know that your voice hasn’t always gotten recognised and represented.” Biden promised that under his administration this would change. “That’s your right as a citizen.”

Next 10 Days Crucial for Controlling Coronavirus in Pakistan

Next 10 Days Crucial for Controlling Coronavirus in Pakistan