US Defence Secretary Postpones Trip to Pakistan as Coronavirus Spreads 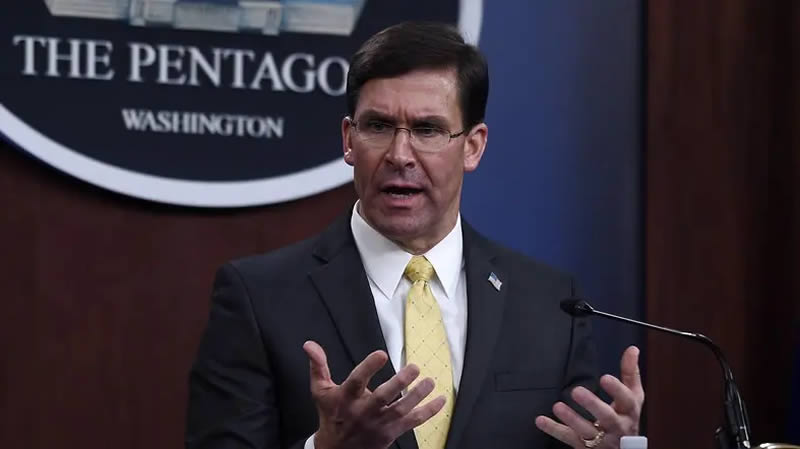 US Defence Secretary Mark Esper is postponing his upcoming trip to Pakistan, India and Uzbekistan in order to help manage the Department of Defence’s coronavirus response, a department spokesperson said on Tuesday.

“Out of an abundance of caution, the secretary of defence has decided to postpone his travel,” Department of Defense spokesperson Alyssa Farah said in a statement, adding that the trip would occur at “a later date”.

He was expected to visit Pakistan later this month, as relations between Islamabad and Washington have seen significant improvement after former played a significant role in brokering the landmark US-Taliban deal last month.

The deal has envisaged a host of measures — including release of thousands of prisoners by both sides of the conflict, intra-Afghan dialogue and firm guarantees by the Taliban not to allow the Afghan soil to be used by terrorist groups.

Sources familiar with the development said that Afghanistan would have certainly dominated the discussions as the process entered a crucial phase following the signing of the deal.

Earlier, there was no official confirmation either from Pakistan or the US of the visit, the sources, however, confirmed that the secretary’s visit was planned in the third week of March.

On Tuesday, two more cases of novel coronavirus emerged from Sindh, pushing the tally to 15 in the province and 18 in Pakistan, the Sindh Health Department said.

So far 18 Pakistanis have been tested positive for COVID-19, the mysterious viral pneumonia-like disease caused by the novel coronavirus. 15 of them belong to Sindh while one has already fully recovered and discharged from the hospital in Karachi last week.