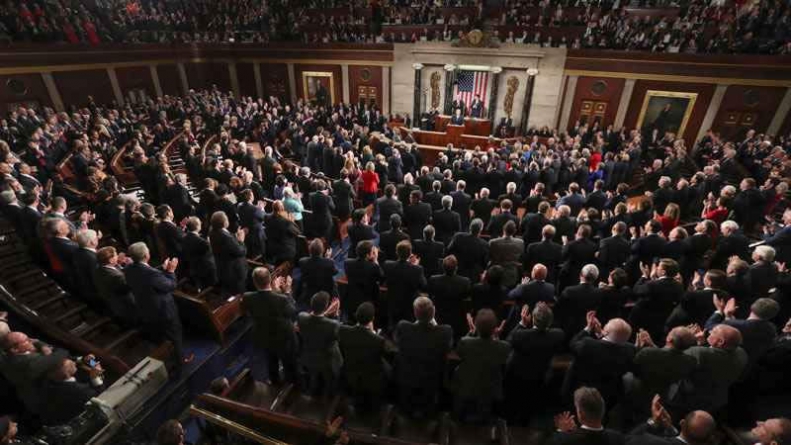 The Trump administration has asked Congress to approve $336 million of civil and military aid to Pakistan for the next fiscal year, arguing that the proposed military assistance will help defeat Al Qaeda and the militant Islamic State (IS) group.

The total request is $10 million less than the previous year and links the defence assistance to Islamabad’s action against alleged terror safe havens on its soil.

The proposed military assistance includes $80 million from the Foreign Military Financing (FMF) fund, $20 million less than $100 million from the last fiscal year. In 2017, the administration received $242.25 million for Pakistan from this fund. The 2019 proposals also mention that the FMF funds accumulated since 2017 include an OCO (Overseas Contin­gency Operations) component of $242.25 million.

This is particularly important for Pakistan, as large amounts from the previous allocations were not released due to Islamabad’s alleged links with Afghan militants. The request for military assistance also makes clear that the implementation of FY 2019 FMF resources is “contingent on Pakistan taking appropriate action to expand cooperation in areas where interests converge and to address areas of national divergence, in line with the Administration’s South Asia strategy”.

A Jan 4 order suspended most security aid to Islamabad, but the State Department says that the proposed military assistance will “advance US national security interests by supporting Pakistan’s capacity to improve stability and security and fight terrorism”.

The proposed assistance will also encourage Pakis­tan to “eliminate safe havens for terrorist and militant organisations” and will encourage it to “continue efforts to build the counterterrorism and counterinsurgency capabilities of its security forces”, it adds.

The State Department argues that these capabilities are “needed to improve security in tribal areas along the border with Afghanistan”.

The funds will also “improve Pakistan’s ability to participate in US-led Coalition Maritime Forces and patrol its maritime borders to stem the flow of illicit materials and personnel”, the State Department explains.

The largest unconditional budget requests are from the Economic Support Fund & Economic Support and Development Fund, which has been used to provide annual aid of $200 million since 2017. The amount remains unchanged in 2019 as well. These funds are not affected by the suspension order.

The request for military assistance is in line with a recent State Department announcement that security assistance can resume immediately if Islamabad agrees to work with the US for defeating the Afghan Taliban. There is also a separate request of $3.5 million from the International Military Education and Training (MET) funds, which are, apparently, not affected by the suspension.

The justification says that IMET programmes focus on “professionalising the defe­nce forces of regional partners, emphasising professional military education and respect for the rule of law, human rights and civilian control of the military. Priority recipients include Bangladesh, India and Pakistan.

The State Department is also seeking $67 million for Pakistan from the Global Threat Reduction Programme.

Other requests for Pakistan include $25 million from the International Narcotics Control and Law Enforcement Fund. In 2017, Pakistan received $38 million from this fund.

From the Global Health Programmes Fund, US Agency for International Development (USAID) is seeking $22.5 million for Pakistan for the next fiscal year.

The 2019 budget proposals call for slashing the State Department and USAID funding by around 25 per cent, from around $53.1 billion to $39.3 billion.

There’s also a 44 per cent decrease in the US contribution to United Nations peacekeeping missions. The administration also eliminates a $1.6 billion aid programme that provides food for some of the poorest.

Funds for promoting democracy are also slashed by 40 per cent while the Global Climate Change Initiative, which got $160 million last year, receives no funds in 2019. – Dawn