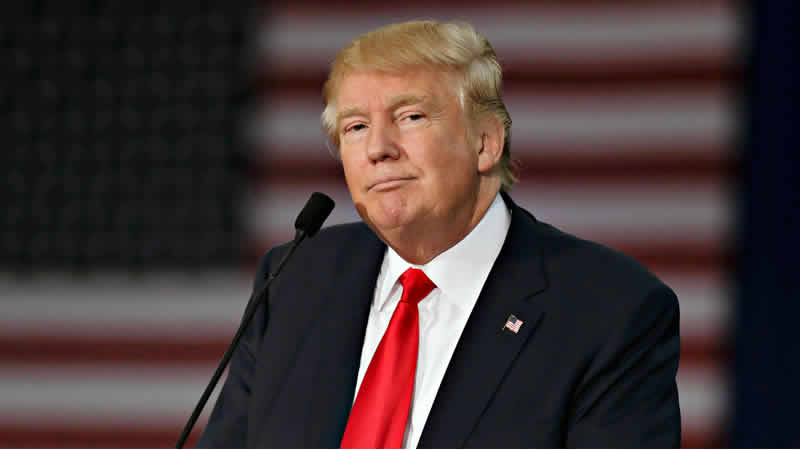 President Donald Trump announced Monday he would ask Congress for a nearly 10 percent increase in defense spending and a large reduction in foreign aid, as he offered a taste of his upcoming budget.

Previewing measures designed to back up campaign promises with dollars and cents, Trump promised a fiscal plan focused on “public safety and national security.”

An administration official said Trump’s plan would include a $54 billion increase in defense spending and a corresponding decrease in non-military programs. Most federal agencies will see a reduction as a result,” the official said. There will be a “large reduction in foreign aid,” he added, speaking on condition of anonymity. Trump has put security threats front and center of his administration and insisted a blunt, muscular response is the only remedy. He has promised to build a wall on the Mexican border, deport unauthorized immigrants and wipe jihadists off the “face of the earth.”

His budget proposal which will be picked over and must ultimately be approved by Congress  doubles down on that ethos. It would substantially increase US defense spending already by far the highest in the world  although there were no details about how the extra funds would be spent. Trump claimed his budget “follows through on my promise on keeping Americans safe.” It will include a historic increase in defense spending to rebuild the depleted military of the United States of America at a time we most need it,” Trump said. Republican Senator John McCain argued that the increase was less significant than Trump suggested, representing a three percent increase over projections for fiscal year 2018.

We can and must do better,” he said. But others raised questions about the impact of planned cuts at the State Department and the Environmental Protection Agency. Foreign aid accounts for less than one percent of US federal spending, and reducing it would not be enough to make up for a big rise in defense spending. It is a fairly small part of the discretionary budget, but it is still consistent with what the President said,” Trump budget tsar Mick Mulvaney said. We are taking his words and turning them into policies and dollars.” Jonathan Katz, who until recently was deputy assistant administrator of USAID, told AFP that Trump’s proposed cuts could damage US interests and weight on the world stage. Foreign assistance offers “great value for money” and makes a “huge contribution to security, the economy and over all safety of Americans” he said. Katz, now with the German Marshall Fund, said foreign assistance is vital for everything from preventing pandemics to developing economies that eventually become trade partners.

If there are no resources to address an Ebola outbreak, how does that help the wellbeing of Americans?” Having the resources also gives the United States a seat at the table,” he added. Mark Toner, the acting State Department spokesman, said the agency would work with the White House to review budget priorities. The department remains committed to a US foreign policy that advances the security and prosperity of the American people,” he said. Trump’s comments come a day before he addresses a joint session of Congress  a crucial agenda-setting moment for new presidents. His initial budget outline did not include proposals for mandatory spending or tax proposals, which make up the bulk of government outlays and receipts. The budget is a keystone statement of Trump’s priorities for the coming years.

The nearly $4 trillion annual federal budget is a declaration of intent that puts the president’s policy goals down in black and white. It also separates affordable campaign promises from the fanciful and is the final arbitrator after turf wars between departments and powerful interest groups. Trump has promised to cut waste and duplication in federal spending. US president after US president has made similar promises upon coming to office, before delving into a text that runs in the thousands of pages and tossing the plan into the thicket of Congress. Trump has oodles of campaign promises to pay for, but faces a national debt set to hit $20 trillion on his watch and a deficit at 3.1 percent of GDP and rising. Trump’s promises from building a wall on the Mexican border to stepping up the deportation of undocumented immigrants carry an estimated price tag of $5.3 trillion, according to the non-partisan Committee for a Responsible Federal Budget.

PSL Final Will Be Held In Lahore’