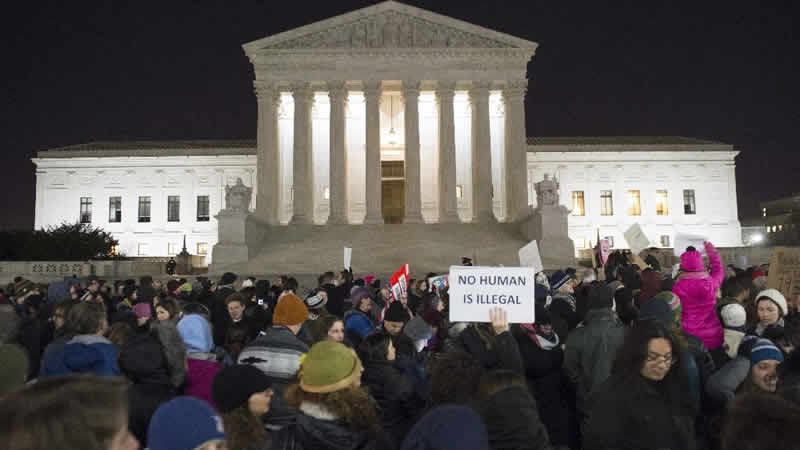 A US federal appeals court early Sunday rejected a request by the Department of Justice to immediately reinstate President Donald Trump’s travel ban.

Trump’s administration had lodged the request with the Ninth Circuit Court of Appeals as part of an appeal against a lower court order temporarily suspending the travel ban on citizens from seven mainly Muslim countries.

For now, the travel ban suspension remains in place. Both the State and Homeland Security Departments said Saturday they were resuming normal practices concerning travelers from the affected countries. Judge William Canby, Jr. in Phoenix and Judge Michelle Friedland in San Francisco did not give a reason for their denial in a two-paragraph ruling.

Read More: Trump Tweets He Will Be Leaving Businesses Before January 20

However, they told the states of Washington and Minnesota, which had filed the original suit against Trump’s travel ban, to provide documents detailing their opposition to the government’s appeal by 11:59 pm Sunday (0759 GMT Monday). The Department of Justice was given a deadline of 3 pm Monday to supply more documents supporting its position.

Afridi Stands By People Of Kashmir

Afridi Stands By People Of Kashmir