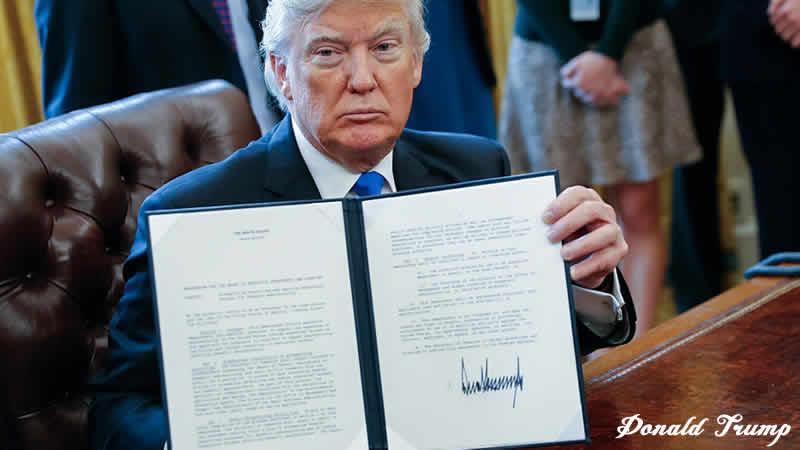 In his tweet late on Tuesday, Trump said: “Big day planned on NATIONAL SECURITY tomorrow. Among many other things, we will build the wall!”

Since assuming office, US President Donald Trump has signed on 10 executive orders and CNN is now reporting that on Wednesday, he is expected to announce several executive orders dealing with visas and refugees. The report stated that President Trump is keeping his election promise as he gets ready to ban visas to citizens of seven countries.

The countries include Iraq, Iran, Syria, Libya, Yemen, Sudan and Somalia. Under the draft order the United States would cease processing visas for 30 days for these nationalities the Obama administration previously deemed too risky to travel to the US under America’s visa waiver program. He also tweeted this on Tuesday night.

Reuters reported that President Trump is expected to order a multi-month ban on allowing refugees into the United States except for religious minorities escaping persecution. Under the draft document, the Trump administration would impose a 120-day ban on refugees until officials are able to implement a more selective refugee program, in line with President Trump’s campaign promise of ‘extreme vetting’. While The New York Times cited White House officials who said President Trump will order the construction of a Mexican border wall on Wednesday. -sbs

Big day planned on NATIONAL SECURITY tomorrow. Among many other things, we will build the wall!

Pakistan’s Sania Nishtar Among Finalists Named To Lead WHO

Pakistan’s Sania Nishtar Among Finalists Named To Lead WHO