US Pilots Charged In UK For Drinking Before Flight 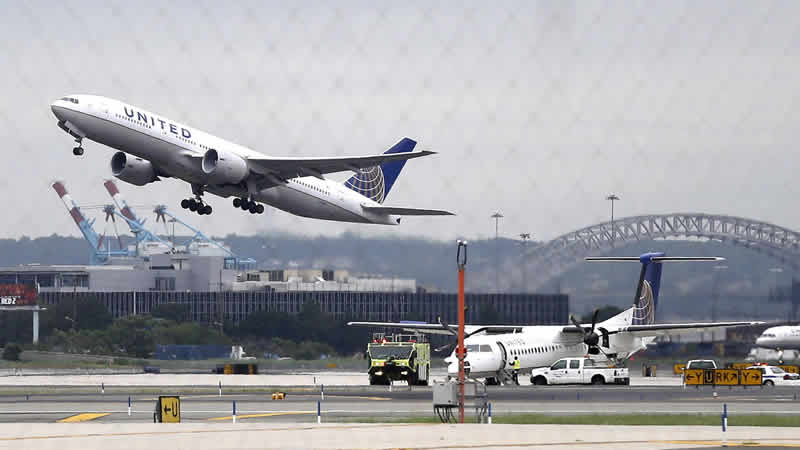 US pilots charged in UK for drinking before flight

Two American pilots were charged on Monday with being under the influence of alcohol at a Scottish airport as they prepared to fly a passenger plane to the United States.

Paul Brady Grebenc, 35, and Carlos Roberto Licona, 45, were released on bail and will appear in court at a later date. Charges were brought two days after the duo were arrested at Glasgow airport, as they were due to fly a United Airlines jet to Newark in New Jersey. Concerns were reportedly raised over the pair ahead of the 9:00am (0800 GMT) UA162 flight.

The service, carrying 141 passengers, eventually flew with a new crew later Saturday. A Police Scotland spokesman said on Sunday the men were arrested under the Railways and Transport Safety Act 2003, Section 93, relating to “carrying out pilot function or activity while exceeding the prescribed limit of alcohol.” A United Airlines spokesman said.

Read More: Air India pilots suspended for leaving cabin crew in charge of plane while they slept in business class

The two pilots have been removed from service and their flying duties. We are co-operating with the authorities and will conduct our own investigation as well. The safety of our customers and crew is our highest priority.” The charges come after two Canadian pilots were charged with being drunk as they prepared to fly from Glasgow to Toronto last month.

Jean-Francois Perreault, 39, and Imran Zafar Syed, 37, were arrested on July 18 as they were due to pilot an Airbus A310 plane, which carries up to 250 passengers, for Canada’s Air Transat. Perreault, from Ontario, and Syed, from Toronto, are charged under laws covering alcohol and drug limits in aviation. They also face charges of threatening or abusive behaviour and were released from custody on bail last month.