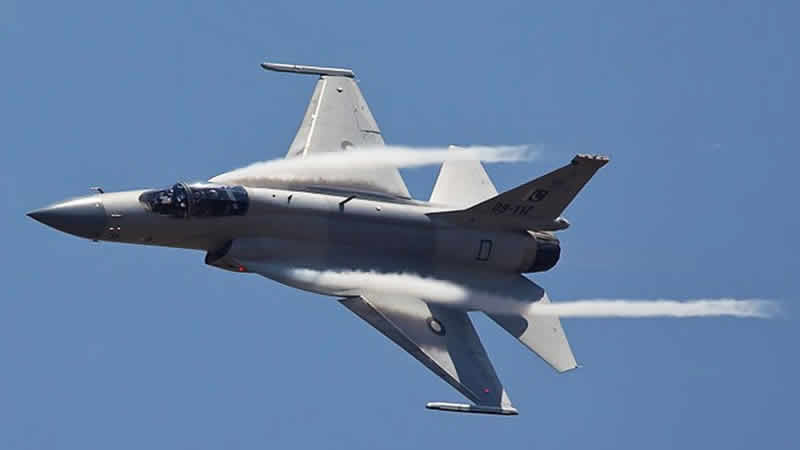 F-16 deal no longer a viable offer, says US

The F-16 deal was no longer a viable offer, a US State Department official told a Capitol Hill meeting on Thursday, as other speakers urged the United States to help improve Afghanistan-Pakistan ties.

“The drone strike that killed Mullah Mansour was an ice-breaker. There could be more strikes in Balochistan now. This is a very dangerous situation for Pakistan,” warned Marvin Weinbaum, a US scholar from the Middle East Institute, Washington. A spokesman for the Pakistan Embassy, Ubaidur Rehman Nizami, however, urged members of the Quadrilateral Coordination Group to get together to consider the consequences of the May 21 drone strike that killed Mullah Mansour. The group includes the United States, China, Afghanistan and Pakistan, formed last year to seek a negotiated settlement to the Afghan dispute. The Capitol Hill meeting was organised by the Pakistani American Congress, which holds this annual event to present Pakistan’s case before US lawmakers.

“Forever is a long time but the term of the offer has expired. So for now it is not a viable offer,” said State Department official David Ranz, when asked if the US offer to sell eight F-16 fighter jets to Pakistan was dead. Mr Ranz pointed out that Congress did not approve the Obama administration’s request to use US funds for subsidising the deal and that was why it expired, on May 24. Besides preventing the sale, Congress made “a significant portion” of the military assistance to Pakistan “conditional to taking action against the Haqqani network”, he added. Pakistan has been receiving about a billion dollars from the US Coalition Support Fund as reimbursement for its efforts to combat terrorism.

Read More: US Asks Pakistan To Pay For F-16s

“We are committed to this important relationship with Pakistan. We are committed to getting through the challenges, and to building a stronger relationship,” Mr Ranz said. The official pointed out that Pakistan was the biggest beneficiary of the US education assistance and the United States was also working closely with Pakistan to help the country overcome its energy crisis. But sometimes, “the cooperation is subsumed by the challenges, which get the lion’s share in the media”, he said. Mr Ranz, however, acknowledged that the United States had concerns about Pakistan’s nuclear programme and about terrorist groups like the Haqqani network and Lashkar-e-Taiba.

Besides these two long-standing issues, recent short-term issues like imprisoning Dr Shakil Afridi, who allegedly helped the US trace Osama bin Laden, also strained bilateral relations, Mr Ranz said. Steve Cohen, a scholar from the Brookings Institution, said that “roller-coaster” was an apt description for Pakistan-US relationship and warned that if this “roller-coaster” went on for too long, it could also break. Mr Cohen said that the US Congress was “deeply concerned” about the possibility of a war between two nuclear-armed countries, India and Pakistan. The renowned American scholar also urged Pakistanis not to blame outside powers like the US and India for their internal problems, like the insurgency in Balochistan but also to look at the mistakes they had made in that province. Mr Weinbaum urged the United States to shift its focus from seeking reconciliation with the Taliban to “promoting reconciliation between Afghanistan and Pakistan”. He argued that unless relations between the two neighbouring countries improved, there could be no peace in the region.