Obama vows not to campaign for opponents of new gun laws 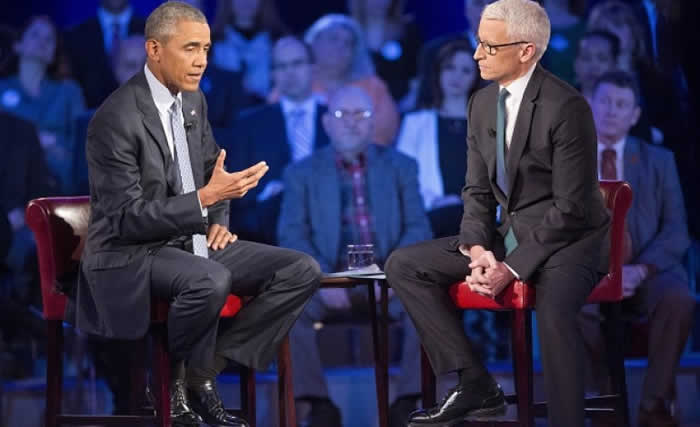 Obama vows not to campaign for opponents of new gun laws

US President Barack Obama on Thursday vowed not to campaign or vote for any candidate who does not support tighter gun laws, as he rallied support for contentious executive measures. In an article published before pressing his case in a prime time forum, Obama said he would blackball even members of his own Democratic party if necessary.

“I will not campaign for, vote for or support any candidate, even in my own party, who does not support commonsense gun reform.” That list could include Democratic Senator Heidi Heitkamp of North Dakota, who voted against gun reform in 2013. Obama later appeared on CNN in a town-hall style forum to challenge critics who he said have “mischaracterized” his position. The appearance came after Obama announced executive measures regulating the sale and purchase of weapons, bypassing Congress.

He also challenged America s most prominent pro-gun lobby, the National Rifle Association, for not taking part in the event. “There is a reason why the NRA is not here,” Obama said. “They are just down the street. And since this is the main reason they exist, you d think they would be prepared to have a debate with the president.” NRA spokesman Andrew Arulanandam told the event host that “the National Rifle Association sees no reason to participate in a public relations spectacle orchestrated by the White House.”

Earlier this week a tearful Obama said unilateral measures were needed to tackle US gun violence. Flanked by survivors of the violence that kills around 30,000 Americans every year and relatives of some of those killed, Obama became emotional as he remembered 20 elementary school children shot dead three years ago in Newtown, Connecticut. “Every time I think about those kids, it gets me mad,” the president said, struggling to collect himself. “So all of us need to demand a Congress brave enough to stand up to the gun lobby s lies.”

According to a CNN poll 67 percent of people support the measures — which include an increase in background checks and registration of gun dealers — and 32 percent oppose.  Critics accuse Obama of infringing on their constitutional right to bear arms. On Thursday, Obama insisted he had no intention of taking their guns and said that he skeet shoots from time to time at Camp David, a presidential retreat near Washington. “Keep in mind I ve been president for over seven years and gun sales don t seem to have suffered during that time.”

10 Most Amazing Obelisks in the World

10 Most Amazing Obelisks in the World