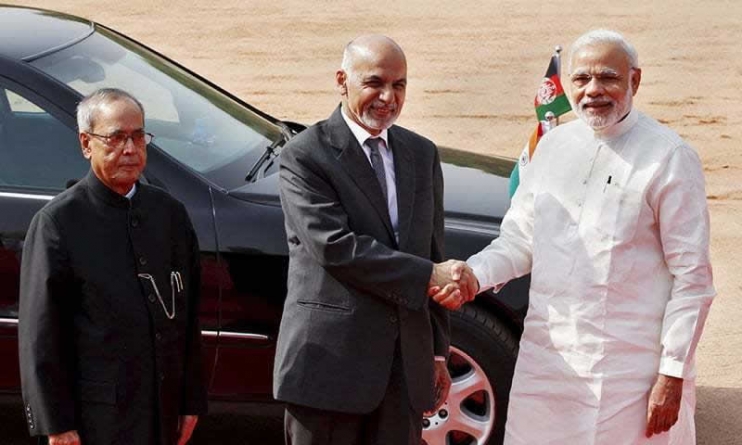 India’s goals in Afghanistan are to deny Pakistan strategic depth and the ability to block India from trade and other connections to Central Asia and beyond, says US congressional report.

The report by the Congressional Research Service also notes that US-Pakistan relations, which deteriorated after the 2011 Abbottabad raid, had since “improved somewhat.”

The report on Afghanistan, which is prepared as research and reference material for US lawmakers, includes a brief description of India’s Afghan policies. It notes that India also wants to prevent militants in Afghanistan from attacking Indian targets in Afghanistan. While India wants to prevent Pakistan from regaining “preponderant” influence in present day Afghanistan, “it does not want to be saddled with the burden of helping secure Afghanistan” after the US departure, the report adds. The report points out that India saw the Afghan Taliban’s hosting of Al Qaeda during 1996-2001 as a major threat because of Al Qaeda’s association with Pakistani groups fighting in Kashmir. The report claims that some of these groups had committed major acts of terrorism in India, including the terrorist attacks in Mumbai in November 2008 and in July 2011. It notes that Afghanistan also seeks close ties with India because it wants access to India’s large and rapidly growing economy – “but without alarming Pakistan.”

The report shows how US and India have shared interests in Afghanistan. In May 2011, India and Afghanistan announced a Strategic Partnership agreement that “demonstrated India’s support for US efforts to better integrate Afghanistan into regional political, economic, and security structures,” the report adds. But the report also points out that when on Oct 5, 2011, former Afghan President Hamid Karzai signed the pact in New Delhi, “it affirmed Pakistani fears by giving India, for the first time, a formal role in Afghan security.” Under this agreement, India will train 600 Afghan military personnel every year. After the May 2013 border clashes with Pakistan, President Karzai visited India twice to buy Indian artillery, aircraft, and other systems to better defend its border with Pakistan. India reportedly “resisted the request in order not to become ever more directly involved in the conflict in Afghanistan or alarm Pakistan,” the report adds. President Ashraf Ghani, however, has cancelled that request, “apparently to avoid complicating his outreach to Pakistan.” In April 2015, President Ghani visited India to engage directly with the government of Prime Minister Narendra Modi.