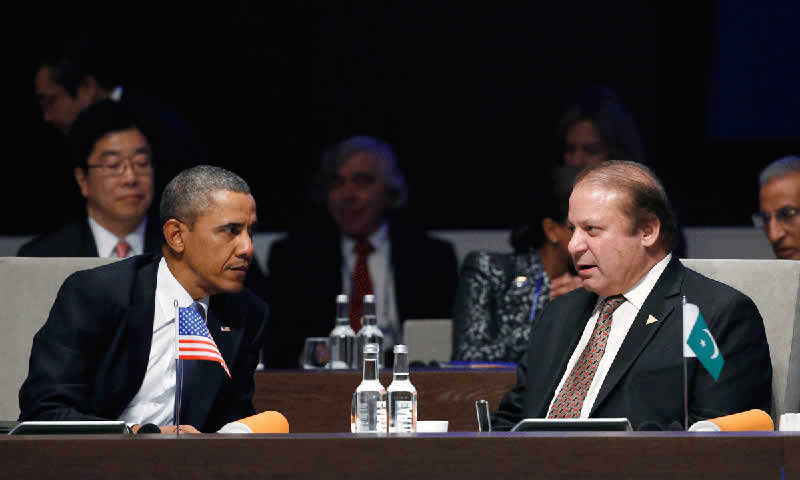 The Obama administration is preparing to sell eight F-16 fighter jets to Pakistan in an attempt to bolster the two countries’ relationship despite Washington’s reservations about Pakistan’s growing nuclear arsenal, said a report published on The New York Times (NYT) website.

The aircraft sales, which the United States (US) Congress could block, would be a symbolic step given Pakistan’s current large fleet of fighter jets.

According to the NYT report, the Congress was notified just days ago about the proposed sale of the additional fighters although it is not clear if the White House plans to announce the sale of the aircraft during Prime Minister Nawaz Sharif’s ongoing visit to Washington.  The new fighter jets would add to Pakistan’s sizable force of fighter jets which includes more than 70 F-16s and dozens of French and Chinese attack aircraft, the report said. Earlier in April, the US State Department approved Pakistan’s request for a billion dollars worth of military hardware and equipment, identifying Pakistan as a country of vital importance for US foreign policy and national interests. In May this year, the US handed over to Pakistan over 14 combat aircraft, 59 military trainer jets and 374 armoured personnel carriers, Dawn newspaper had reported. The weapons supplied to Pakistan were earlier used by American forces in Afghanistan and Iraq.

The NYT report says that many in the US Congress are concerned that the F-16 jets are more useful to Pakistan in its long confrontation with India than for counterterrorism operations. It is not certain whether the Congress will approve the deal. According to NYT, the Congress and the US State Department are already in a standoff over an effort to sell used Navy cutter vessels to Pakistan earlier this year. In March, the US House Committee on Foreign Affairs put a hold on about $150 million in foreign military financing. The committee said the cutters were not essential to fighting militants, NYT quoted American officials as saying. The decision of the sale of fighter jets comes ahead of Thursday’s meeting between President Barack Obama and Prime Minister Nawaz Sharif. Obama is expected to press Nawaz on the Taliban, nuclear safety and a range of other issues when the troubled allies meet at the White House. Despite efforts to smooth divisions behind handshakes, smiles and items of agreement, long-standing security concerns are likely to dominate the Oval Office discussions. Islamabad’s alleged ties with the Afghan Taliban, its alleged support for groups opposed to India and the US and its rapidly growing nuclear arsenal are seen by Washington as security headaches.