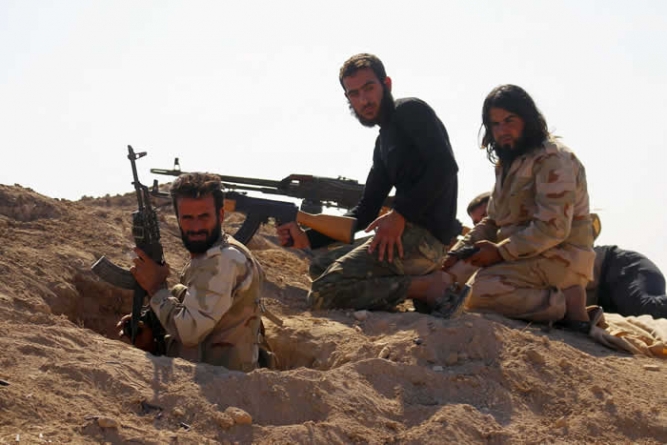 U.S. forces have carried out an air drop of small arms ammunition to Syrian Arab rebels in northern Syria, barely two weeks after Russia raised the stakes by intervening in the war on the side of President Bashar al-Assad.

A U.S. military official, speaking on condition of anonymity, said on Monday the air drop of supplies to the opposition fighters on Sunday was part of a revamped U.S. strategy announced last week to help rebels in Syria battling Islamic State militants. Last week, Washington shelved a program to train and equip “moderate” rebels opposed to Assad who would join the fight against Islamic State. The only group on the ground to have success against Islamic State while cooperating with the U.S.-led coalition is a Kurdish militia, the YPG, which has carved out an autonomous zone in northern Syria and advanced deep into Islamic State’s stronghold Raqqa province.

On Monday, the YPG announced a new alliance with small groups of Arab fighters, which could help deflect criticism that it fights only on behalf of Kurds. Washington has indicated that it could direct funding and weapons to Arab commanders on the ground who cooperate with the YPG. Syrian Arab rebels said they had been told by Washington that new weapons were on their way to help them launch a joint offensive with their Kurdish allies on the city of Raqqa, the de facto Islamic State capital. The Russian intervention in Syria has wrong footed the U.S. administration of President Barack Obama, which has been trying to defeat Islamic State while still calling for Assad’s downfall.

After joining the 4-year-old war in Syria, an attempt by President Vladimir Putin to win over opponents of Russia’s bombing campaign was snubbed on Monday, with Saudi sources saying they had warned the Kremlin leader of dangerous consequences and Europe issuing its strongest criticism yet. Putin met Saudi Defence Minister Mohammed bin Salman on the sidelines of a Formula One race in a Russian resort on Sunday. Russian Foreign Minister Sergei Lavrov said on Monday that those talks, along with discussions with the United States, had yielded progress on the conflict, although Moscow, Washington and Riyadh did not agree in full “as yet”.

But a Saudi source said the defense minister, a son of the Saudi king and one of the chief architects of its regional policy, had told Putin that Russia’s intervention would escalate the war and inspire militants from around the world to go there to fight. Riyadh would continue to support Assad’s opponents and demand that he leave power, the source said, speaking on condition of anonymity. European foreign ministers, meeting in Luxembourg, issued a statement calling on Moscow to halt its bombing of Assad’s moderate enemies immediately.