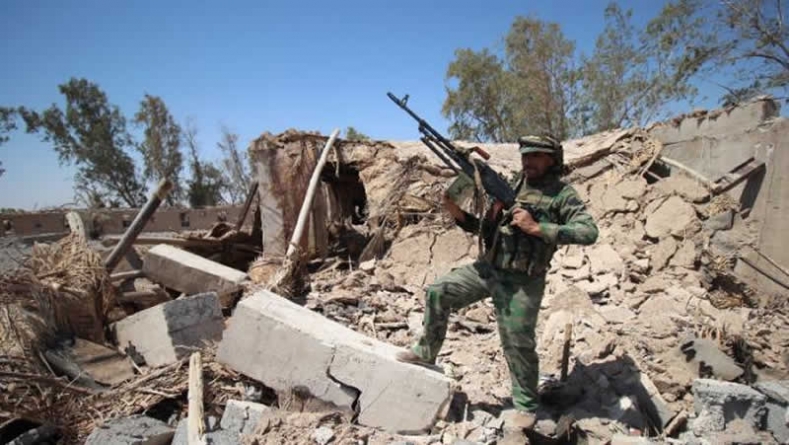 The United States on Thursday handed over to Iraqi authorities the widow of a senior Islamic State leader who had been detained by US forces since May, the Pentagon announced.

Nasrin As’ad Ibrahim — also known as Umm Sayyaf or “Mother of Sayyaf” — was the wife of Abu Sayyaf or “Father of Sayyaf,” who was killed in a US special forces raid in Syria in May.

She is now being held by the interior ministry of Iraq’s autonomous province of Kurdistan, the US Defense Department said. “The decision to transfer Umm Sayyaf to the Iraqi government was based on the US government determination that the detainee’s transfer would be appropriate with respect to legal, diplomatic, intelligence, security, and law enforcement considerations,” it said in a statement. Abu Sayyaf, who was alleged to be the jihadist group’s top financier, was killed on May 15 in a rare US commando raid on the town of Al-Omar inside war-torn Syria. The Pentagon said that “about a dozen” Islamic State fighters had been slain in a close quarters gun battle during the raid.

At the time, US officials said the plan had been to detain both Abu Sayyaf and his wife, but the militant leader had resisted arrest and had been killed in an exchange of fire. US and Iraqi officials said a young Yezidi woman held as a slave by the couple had been freed after the raid, and that US forces had found valuable looted Iraqi historical artifacts at their home.  The legal status of the captive Umm Sayyaf was unclear after the raid, but US officials have alleged that she was a member of the Islamic State group in her own right.  The United States has no relationship with Bashar al-Assad’s Syrian government, but is an ally of the Kurdistan Regional Government and cooperates with Iraq in its fight against the Islamic State organization. –AFP