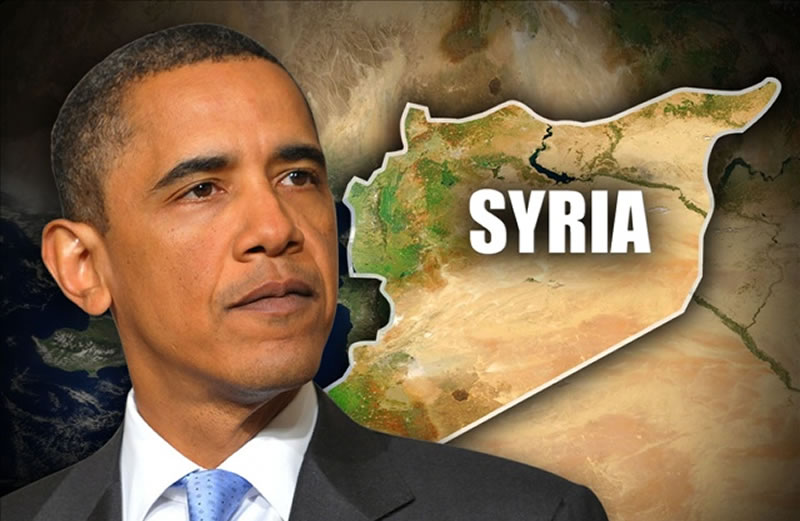 US intensifying anti-IS efforts in Syria'

President Barack Obama said Monday the US-led coalition battling Islamic State jihadists was “intensifying” its campaign against the group’s base in Syria, but cautioned the fight would be long.

Obama addressed the media after a briefing at the Pentagon with top military brass and members of his national security team on efforts to dismantle the jihadist group, which has taken over large swathes of territory in Iraq and Syria.

The high-level talks came after coalition air strikes that hit the Islamic State group’s de facto capital Raqa in Syria over the weekend — some of the heaviest bombing since it began targeting the IS in Syria in September last year. “We’re intensifying our efforts against ISIL’s base in Syria. Our air strikes will continue to target the oil and gas facilities that fund so much of their operations,” Obama told reporters, using a common acronym for the Islamic State group. “We’re going after the ISIL leadership and infrastructure in Syria, the heart of ISIL that pumps funds and propaganda to people around the world.” But Obama cautioned the fight would likely face “setbacks.” “This will not be quick. This is a long-term campaign,” he said, calling IS fighters “opportunistic” and “nimble.” In many places in Syria and Iraq, it’s dug in among an innocent civilian population. It will take time to root them out. As with any military effort, there will be periods of progress, but there are also going to be some setbacks.”

He said more than 5,000 air strikes had been carried out against the group, eliminating “thousands of fighters, including senior ISIL commanders.” Obama said more needed to be done to train government forces and Sunni tribal fighters in Iraq, as well as moderate Syrian rebels.  The announcement of the coalition air strikes on Raqa came after IS released a video showing teenage members executing 25 Syrian soldiers in an amphitheater in the ancient ruins of Palmyra. Earlier, US Secretary of Defense Ashton Carter said the weekend strikes were not aimed at particular IS figures, but were part of an effort to help Kurdish forces and “limit ISIL freedom of movement.” The Britain-based Syrian Observatory for Human Rights has said the raids killed at least 30 people, among them six civilians including a child. Kurdish forces have in recent months been involved in heavy fighting against the Islamic State group. Obama said: “Over the past year, we’ve seen when we have an effective partner on the ground, ISIL can be pushed back.”

More than a year after IS fighters overran much of Iraq, the United States and its allies are struggling to turn the tide against the extremists in an air campaign known as Operation Inherent Resolve. The average daily price tag is $9.2 million and the campaign had cost $2.91 billion as of June 18, according to the Defense Department. Carter was due to testify in front of the Senate Armed Services Committee on Tuesday to discuss the campaign, which has come under renewed criticism from US lawmakers. The Pentagon last month said it was sending 450 additional US troops to act as advisers to help Iraqi forces seize back control of the western city of Ramadi from jihadist fighters. “ISIL’s strategic weaknesses are real,” Obama said, noting it has no air force and no support from any nation. – AFP