US Says Confident No Security Breach in Iran Talks 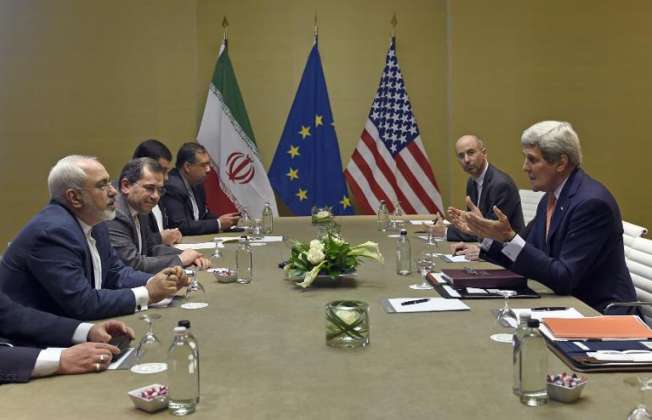 US says confident no security breach in Iran talks

Thursday it was confident there had been no security breach, after Swiss and Austrian investigators launched probes into alleged cyber-spying.

Spokesman Jeff Rathke told reporters that the US government was aware of the investigations that had been opened, and that Washington had “close working relationships” with both countries. “We’ve taken steps throughout the negotiations to ensure that confidential details and discussions remain behind closed doors,” Rathke said.

The delicate talks underway for nearly two years between Iran and six world powers on curbing Tehran’s nuclear program have mainly taken place in hotels in Geneva, Lausanne, Montreux, Zurich and Vienna. Swiss and Austrian investigators are separately looking into possible spying at the hotels. The Swiss attorney general’s office said it had seized computer equipment on “suspicion of illegal intelligence services operating in Switzerland.”

Read More: US to Send Hundreds of Extra Troops to Train Iraqi Army

Israel, which is vehemently opposed to any nuclear deal with Iran, has denied its secret services were involved. The probes come after Russian-based security firm Kaspersky Lab said a computer worm widely linked to Israel was used to spy on the negotiations. Negotiators from Iran and the six world powers — Britain,

China, France, Germany, Russia and the United States — are trying to meet a June 30 deadline to reach a definitive deal. Late Wednesday, a senior US administration official said Washington had “terrific capabilities to try to ensure security” but cautioned: “Nothing ever stays completely secret in this world we live in these days.” –AFP