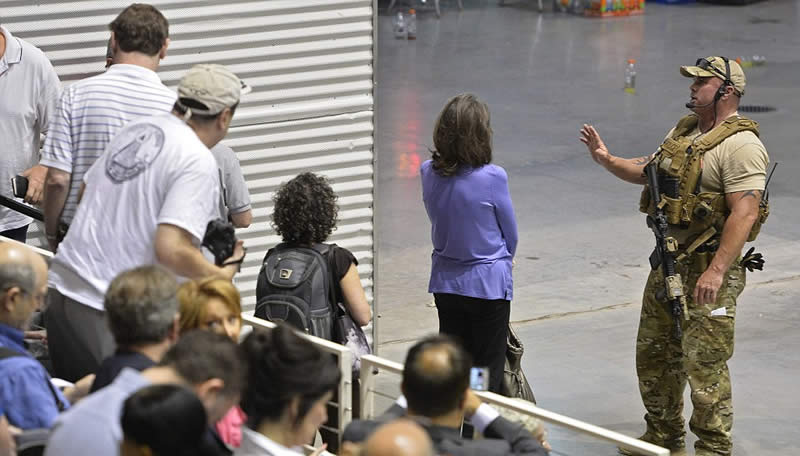 Two gunmen who opened fire on Sunday at an anti-Islam art exhibit near Dallas featuring depictions of the Prophet Mohammad (PBUH) were themselves shot dead at the scene, a local CBS television affiliate and other local media reported, citing police.

The shooting was reported shortly before 7 p.m. local time in the Texas city of Garland at the Curtis Culwell Center, a special-events venue that hosts graduation ceremonies, concerts, trade shows, weddings and sporting events. In two Twitter posts attributed to Garland police, the CBS affiliate first reported that two men had “pulled up to the Culwell Center” and “started shooting,” then reported the two suspects had been shot dead. Another media outlet, WFAA-TV, reported that Garland police had shot and killed the two gunmen and that one officer was wounded.

The Dallas Morning News reported that critics of the show, sponsored by a group called the American Freedom Defense Initiative, had condemned the event as an attack on Islam, but that organizers had said they were merely exercising their right of free expression. There was no official word yet on the shooting or on the identity of the gunmen. (Reuters)