US Anger Over IS ‘Atrocity’ Against Christians in Libya 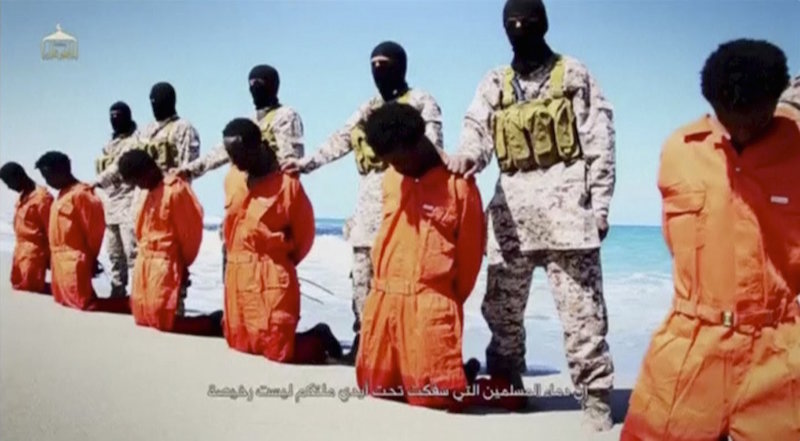 The 29-minute IS video appears to show militants holding two groups of captives, described in text captions as “followers of the cross from the enemy Ethiopian Church”.

National Security Council spokeswoman Bernadette Meehan decried the killings and called for stability in Libya, which has been mired in political chaos and unrest since the 2011 uprising that toppled former strongman Moamer Kadhafi. “The United States condemns in the strongest terms the brutal mass murder purportedly of Ethiopian Christians by ISIL-affiliated terrorists in Libya,” she said, using another name for IS. “This atrocity once again underscores the urgent need for a political resolution to the conflict in Libya to empower a unified Libyan rejection of terrorist groups.” Ethiopia said its embassy in Egypt was trying to verify the video to ascertain if those murdered were indeed its nationals. “We strongly condemn such atrocities, whether they are Ethiopians or not,” Communications Minister Redwan Hussein told AFP.

The video portrays a masked fighter in black brandishing a pistol, who makes a statement threatening Christians if they do not convert to Islam. The video then switches between footage of one group of about 12 men being beheaded by masked militants on a beach, and another group of at least 16 being shot in the head in a desert area. It was not immediately clear who the captives were or how many were killed. Before the killings, the video shows purported footage of Christians in Syria, saying they had been given the choice of converting to Islam or paying a special tax, and had decided to pay.