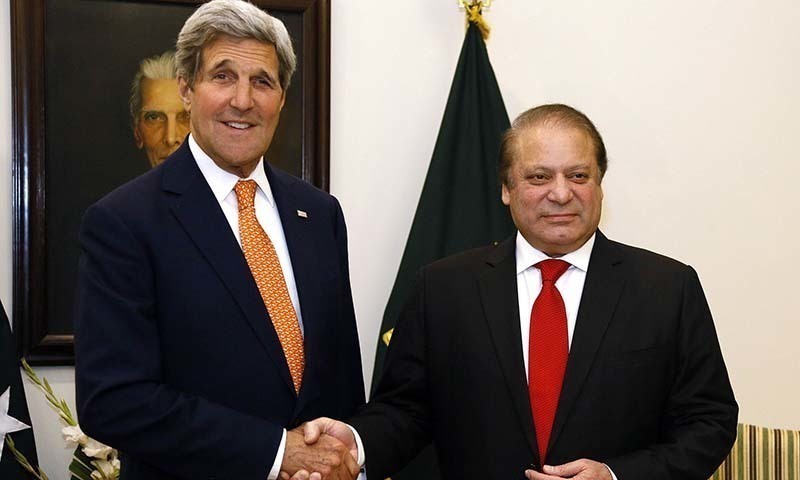 US Secretary of State John Kerry has refused to use aid as a weapon to persuade Pakistan to release Dr Shakil Afridi. Secretary Kerry appeared before the House Foreign Affairs Committee on Wednesday afternoon to formally present the administration’s budget request for fiscal 2016.

The US State Department’s budget proposal includes about $900 million for Pakistan, out of which $500 million is for countering terrorism. Congress must approve the budget before it is spent.

Dana Rohrabacher, a lawmaker from California who was a strong supporter of Pakistan during the Afghan war raised the issue of Dr Afridi’s continued incarceration in Pakistan during the budget debate. He noted that the man who helped America find Osama bin Laden was still in jail in Pakistan. “We have left (this) most heroic person … Dr Afridi, who helped us bring to justice the man who (planned) the slaughter of 3,000 Americans on 9/11 … sitting in a dungeon in Pakistan,” said the congressman. Mr Rohrabacher said that he raised this issue last year as well when Secretary Kerry appeared before the panel to present a similar budget and yet the administration failed to secure Dr Afridi’s release. “He’s been sitting there the whole year. And yet, the administration is still planning to give more than $500 million in aid to the government that’s basically committed the ultimate hostile act and slap in our face by putting Dr Afridi in jail,” he observed.

“Are we going to hold back any of that 500 million until they let Dr Afridi go?” Mr Rohrabacher asked. “Are we what?” asked Secretary Kerry. “Are we going to withhold any of the aid, that $500 million, that we’re proposing until they let Dr Afridi go?” the congressman asked again. “Well, we’re not doing that,” said Secretary Kerry as Mr Rohrabacher argued that this would send a wrong message to US allies around the word if “we … let (Dr Afridi) die a lingering death”. Secretary Kerry said that he had raised this issue formally with former president Zadari and Prime Minister Nawaz Sharif, informing them that Dr Afridi’s incarceration was “unjust, unwarranted, unfair, (and) counter-productive to our efforts” to fight extremists. “We’ve made the case. Are we going to withhold the support, Mr Secretary?” Mr Rohrabacher asked. “We believe the best way to try to solve this problem is to do this through the diplomatic channels, through regular communication, direct and high-level engagement, which has a chance of being successful,” Secretary Kerry replied.

“That’s where we disagree, Mr Secretary,” said the congressman. “This matter can be solved through repeated talks and diplomacy,” explained Kerry. Congressman Brad Sherman, the ranking Democrat on the House Subcommittee on Asia, reminded Secretary Kerry that the House Foreign Affairs Committee had voted several years ago to spend $1.5 million a year to start a Sindhi service at VOA but it had not yet happened. “There’s no population in the world more important to world stability than that of Pakistan. There’s no place where there are more crazy ideas than Pakistan,” said Mr Sherman while justifying the need to convey America’s message to the Pakistani people. “And if you’re trying to reach a population, you can’t just do it in Urdu,” he said.