Thousands Attend Funerals of Muslim ‘Hate Crime’ Victims in US

The families of three Muslim students shot dead by a white neighbor in the US said an emotional farewell to their loved ones Thursday, reiterating calls for the killings to be treated as a hate crime.

More than 5,000 people gathered for the funeral of Deah Shaddy Barakat, 23, his new wife Yusor Mohammad Abu-Salha, 21, and her 19-year-old sister Razan Mohammad Abu-Salha, who authorities say were killed by a neighbour in the North Carolina university town of Chapel Hill. 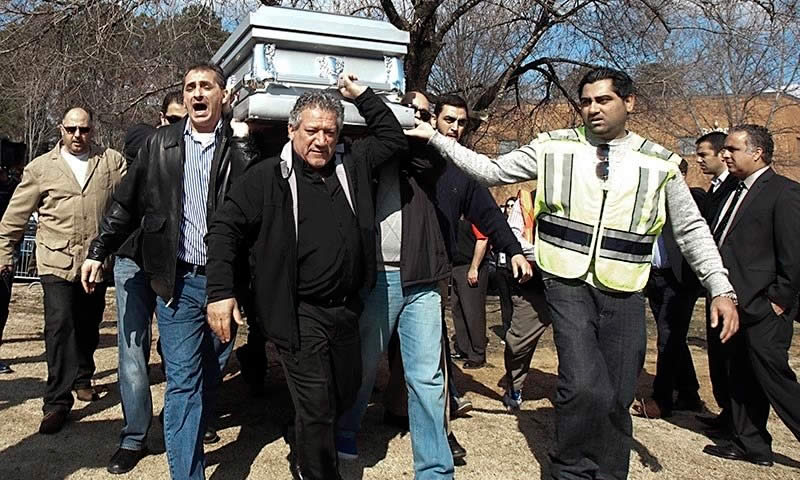 The alleged shooter, Craig Stephen Hicks, 46, was believed to be strongly opposed to religion, as his Facebook page showed dozens of anti-religious posts, including proclamations denouncing Christianity, Mormonism and Islam. Police said they were investigating Tuesday’s fatal shootings as a parking dispute, but victims’ families repeated their belief the attack was religiously motivated. The Federal Bureau of Investigation said it had launched a parallel probe into the killings. Federal prosecutors often look into suspected hate-crime cases — a conviction for “hate crime” results in a tougher sentence. “We are definitely certain that our daughters were targeted for their religion,” the father of the sisters, Mohammad Abu-Salha, told AFP.

“This is not a parking dispute, these children were executed with shots in the back of the heads,” he said, surrounded by tearful family members as they prepared for the final funeral prayer. “This has hate crime written all over it and I’m not going to sit down for it,” he said later before three caskets. He said his daughter Yusor had complained that Hicks had harassed her, and appeared at her door to complain about a parking space with a gun holstered at his waist. 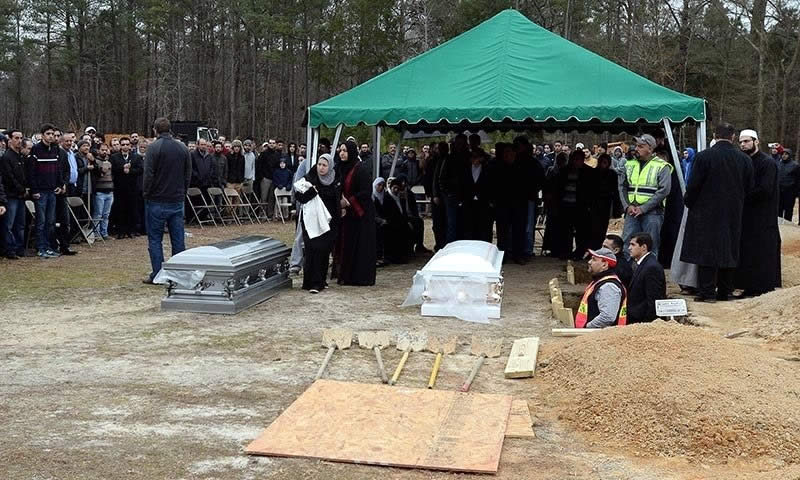 Neighbors recalled Hicks as troublesome, frequently squabbling with nearby residents over parking and seen with his gun in public, according to local media reports. The killings rattled the Chapel Hill community, fueling fears among some Muslims in the tight-knit university town, but officials say it did not appear to be part of a broader anti-Muslim campaign. “To be honest, it makes me more scared because I have two babies so I don’t even want to imagine,” said Sarah Alhorani, a former student at University of North Carolina, where Barakat was a second year dentistry student. “I was scared to walk out my door, but I did and I kept going and I kept my scarf on and you keep moving on,” said Alhorani, a friend of all three victims. Some Muslim leaders said the shooting was a reflection of wider anti-Muslim hostility, and warned it could sow fear among Muslim-Americans. “People are very concerned about what happened. They feel that this is a premeditated hate crime,” Nihad Awad, director of the Council on American-Islamic Relations, told AFP. 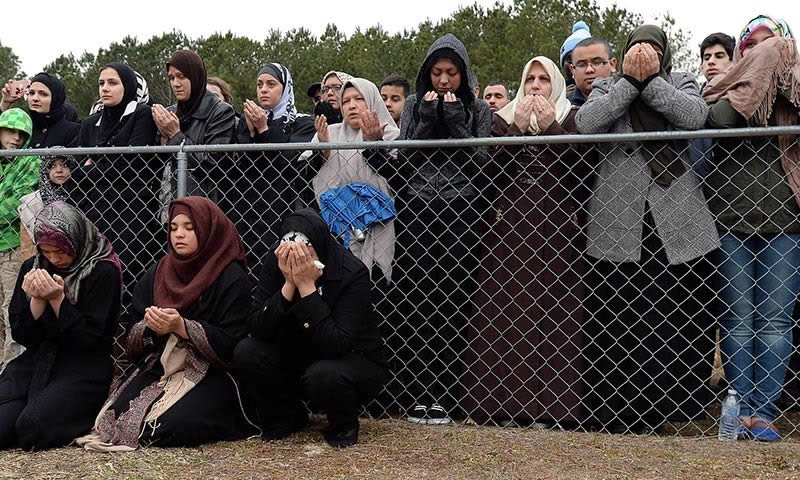 But there were calls for calm and leaders urged restraint. “It’s time to mourn but it’s also time to call for harmony and peace,” the head of the Islamic Association in neighboring Raleigh, Mohamed Elgamal, told AFP. There are some 65,000 Muslims in North Carolina, which has a population of 9.9 million, and the majority live in the Chapel Hill area.

The killings sparked outrage among Muslims worldwide, with the Twitter hashtags ChapelHillShooting and MuslimLivesMatter trending globally. Mohammad Abu-Salha rejected skewed perceptions of Muslims, and said the slain youngsters and the support they garnered were exemplars of the faith. “This is Islam, it’s not what you hear in the media, it’s not ‘American Sniper,’” he said, referring to a film about a shooter killing Islamists in the Iraq war.