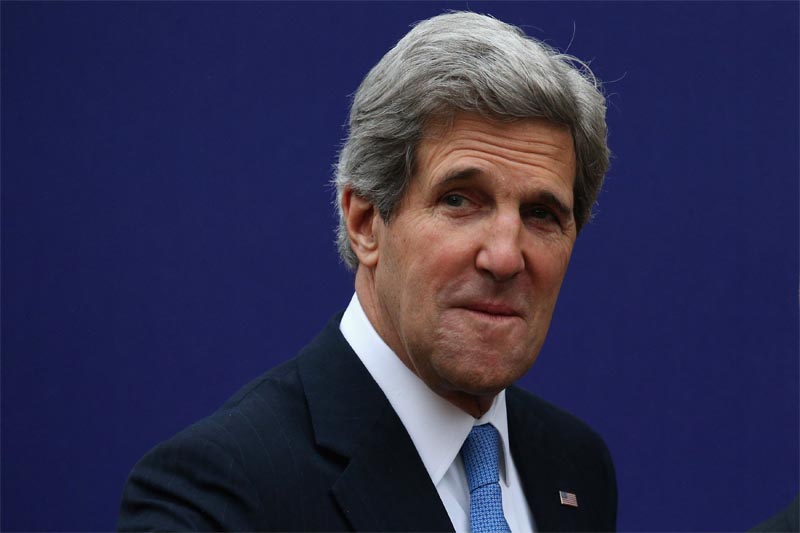 US Secretary of State John Kerry said Monday he hopes to accelerate the progress of complex nuclear negotiations when he meets his Iranian counterpart later this week.

A third deadline of July 1 is looming for a deal on reining in Iran’s suspect nuclear programme, and the top US diplomat said his bilateral talks also aimed at taking stock. Global powers leading the talks, known as the P5+1, are to meet again at a lower level from January 18 hoping to nail down the final thorniest issues to seal a deal.

Following an interim accord in November 2013, two deadlines for a final deal have been missed. Under the interim deal, Iran’s stock of fissile material has been diluted from 20 percent enriched uranium to five percent in exchange for limited sanctions relief.

This would push back the “breakout capacity” to make an atomic weapon, which Iran denies pursuing. Iran’s atomic agency chief Ali Akbar Salehi insisted Sunday on Tehran’s demands for increased uranium enrichment saying that within eight years the country would need 12 times more enriched uranium than at present.

Iran’s level of uranium enrichment — the process that produces atomic fuel — has been a key stumbling block in reaching a deal with the P5+1 powers (Britain, China, France, Russia, the United States plus Germany). “We currently produce 2.5 tons but will need 30 tons eventually,” Salehi was quoted as saying by official news agency IRNA. -AFP