No Kerry-Lugar Fund for Pakistan Since 2013: US 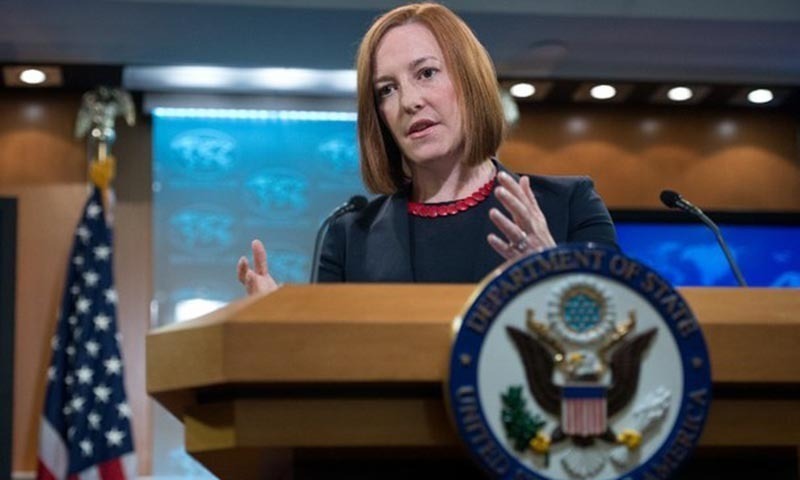 The United States said on Monday that no funds have been issued to Pakistan from the Kerry-Lugar-Berman provision since 2013.

At a news briefing at the State Department, spokesperson Jen Psaki also rejected an Indian suggestion that it had issued a certification to Pakistan.

Last week, the Ministry of Finance announced in Islamabad that the US Congress had cleared an instalment of $532 million of civilian aid to Pakistan from the Kerry-Lugar-Berman bill. The ministry said that they received the information from the US ambassador in Islamabad who met Pakistani officials last week to prepare for Secretary of State John Kerry’s visit to Islamabad later this month. “Congress has not been notified of a request, Congress has not approved a request,” Ms Psaki told the briefing when asked to comment on statements issued in Islamabad and New Delhi. She noted that some media reports had also suggested that an approval has been made in the past, which was incorrect, as no approval has been made from the Kerry-Lugar-Berman bill since 2013. An additional funding, however, could not be ruled out in future, she said, adding that there were other provisions, besides Kerry-Lugar-Berman, that were used for providing funds to Pakistan.

Ms Psaki said that in the past, the State Department had made national interests waiver for Pakistan because all the criteria needed for a full certification were not met. “We obviously have that ability in the future as well,” she added. Asked if a full certification had ever been made to Pakistan, Ms Psaki said she would check the records. Responding to another question, Ms Psaki said the United States was always concerned when there were tensions on India-Pakistan border and had always encouraged the two neighbouring countries to engage with each other to reduce those tensions. She also noted that some steps were taken in the recent past and “more positive exchanges” were needed and “more works need to be done.” The Indian media reported earlier Monday that Secretary Kerry recently sent a certification to Congress, saying that Pakistan has “prevented Al Qaeda, the Taliban and associated terror groups such as Lashkar-e-Taiba and Jaish-e-Mohammad from operating” from its territory.

The certification is a condition for the US to disburse aid to Pakistan under the Kerry-Lugar Bill for civilian assistance. The report claimed that the certification allowed the Obama administration to release $532 million dollars in aid to Pakistan. Hours after the news was published in major Indian newspaper, a spokesman for the Indian Ministry for External Affairs said it was not the right decision. “How the government of the United States of America decides to spend US Tax payers money is entirely its prerogative,” spokesperson Syed Akbaruddin told reporters in New Delhi, adding, “India does not believe that Pakistan is showing ‘sustained commitment’ or making ‘significant effort’ or ‘ceasing support’ or dismantling ‘bases of operations’ of the Laskhar-e-Taiba, Jaish-e-Muhammad, the Haqqani network and quite possibly the Al Qaeda.”